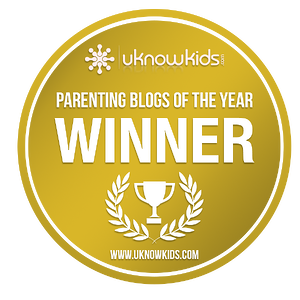 It’s that time of year again! uKnow is proud to announce the 2nd Annual Parenting Blog of the Year Contest, which will occur throughout July. By holding this contest, we're able to recognize the top quality parenting blogs/bloggers that have worked hard all year to best inform, entertain, and relate to parents around the world.

The best part about the contest is that it's up to readers to choose the winner! All you have to do to help your favorite blog win is nominate them during the nomination week and vote for them during the voting period. Details below!

Blogs can be nominated to be officially entered into the contest from Monday, June 30- Sunday, July 6. Only the top 25 most nominated blogs will be eligible during the Voting Period.

The top 25 most nominated blogs will be featured in a uKnowKids survey for 3 weeks. (Voting is now closed).

Whichever blog receives the most votes during the voting period will be declared the 1st place winner of the contest. The top 5 winners will be awarded:

There will also be 5 blogs chosen as Editor’s Picks.

Be sure to nominate your favorite parenting blogs within the nomination week. Don't forget to share the page with friends so they can vote, too!

If you have any further questions about the contest, email klorenzen@uknow.com