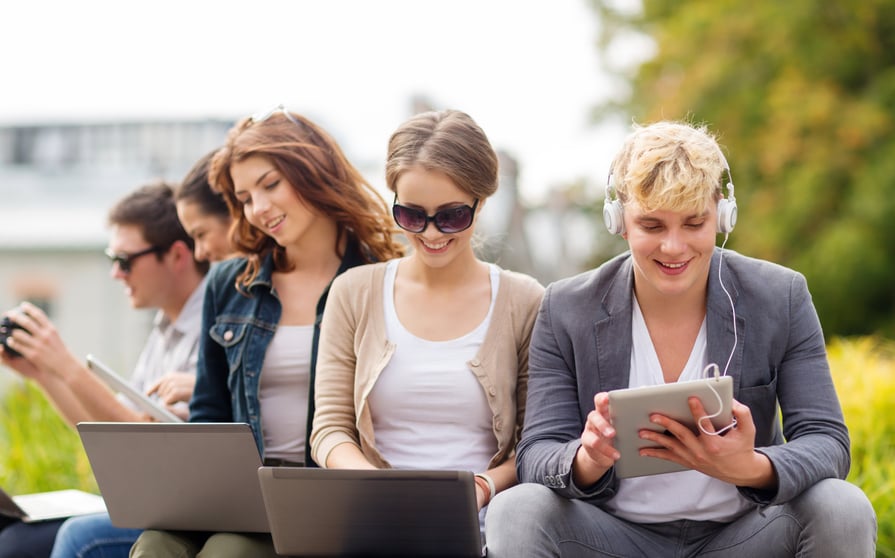 In an article originally published on the Huffington Post, Clinical Psychologist, Barbara Greenberg shares her top fears when it comes to teens oversharing on social media.

We now have a generation of teenagers who barely (a little levity) understand the meaning of keeping things private. In fact, when they share too much information with their parents they are sometimes told "TMI" which refers to Too Much Information. I get this. There is only so much information that parents can tolerate at a single sitting. Look, even though, you want your teens to open up to you, many parents have asked me what to do when their loquacious kids get a little too generous verbally. I suggest that parents listen up because there must be a reason why your kids are opening up to you.

Teens these days are also sharing way too much private information about themselves on social media sites. At least that's my opinion. In fact there is a word that has become popular which describes this behavior. #oversharing

Teens post #selfies which we all know are photos of themselves that they post for public consumption and approval. They have their own websites or blogs on which they post deep and personal feelings. They make videos of themselves and send them to hundreds of followers by using one of the very popular apps such as Snapchat and Instagram. And, get this -- there is even a place where teens can ask others to answer very personal questions about themselves anonymously and publicly called ask.fm. #YIKES

You can probably see where I am going with this. I am all about having teens open up. I am not happy, however, about this tendency to overshare and let me tell you why.

1. Once your teen develops a reputation, this can be very hard to change and yes reputations can be formed quickly and spread among peers like wildfire.

2. There is a lot to be said about sharing private information only with the closest of friends. I am concerned that teens are forgetting to use discretion. They feel anonymous on social media sites and when they feel anonymous they say things that they would not say in person.

3. For centuries we have all known that there is something quite alluring about maintaining a little bit of mystery. Shouldn't our teens be learning about this?

4. Teens who overshare may also be at risk to engage in certain behaviors before they are ready. Hey, if they are talking about sex in the virtual world than they have opened up a public dialogue; correct?

5. Oversharing can lead to embarrassment and humiliation. In the moment, sharing information may seem like fun but it may not be funny the next day when everyone at school knows your kid's business.

The full Huffington Post article can be accessed here.