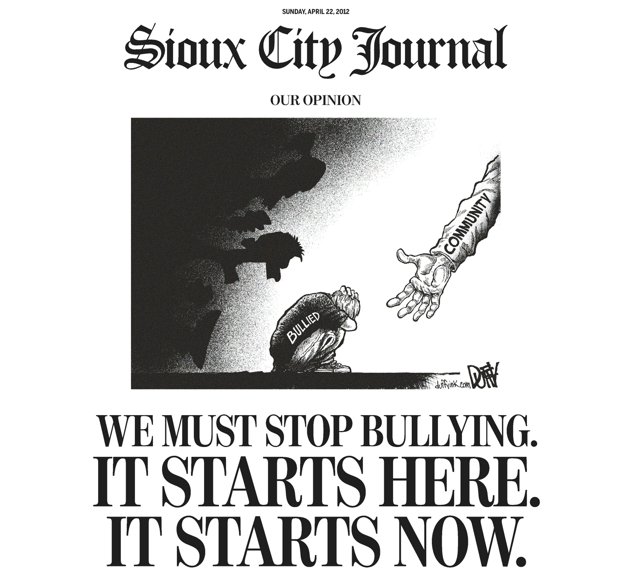 As reported by Yahoo! News, the The Sioux City Journal's Sunday, April 22, 2012, edition, features a full-page piece with a very clear anti-cyberbullying statement. This follows in the wake of a gay teen committed suicide after being bullied. The Sioux City Journal's calls out the community to stand up and stop bullying. Getting much attention in the past few weeks, the move "Bully" documents the story of 14-year-old Kenneth Weishuhn Jr. who committed suicide after  intense harassment, including threatening cellphone calls and nasty comments posted online, after coming out to family and friends about a month ago.

He died April 15 from what the local sheriff's office described only as a "self-inflicted injury."

END_OF_DOCUMENT_TOKEN_TO_BE_REPLACED
All posts
We are pleased to announce that Bark will be taking over where we leave off. The uKnowKids mission to protect digital kids will live on with Bark. Our team will be working closely with Bark’s team in the future, so that we can continue making the digital world a safer, better place for kids and their families. While we are disappointed we could not complete this mission independently, we are also pleased to hand the uKnowKids baton to Bark.