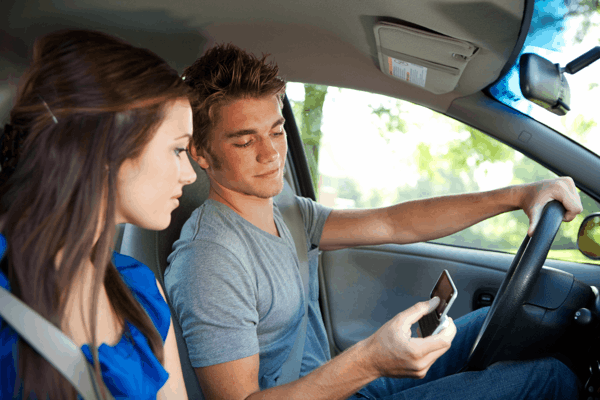 The statistics speak for themselves, concurs Zev Goldstein, a NY traffic attorney, and keeping your teenager safe behind the wheel may take more than a stern admonition about keeping their phone off when driving. Thankfully, there are apps that can help prevent your teenager from using their cell phone while driving.

TextArrest allows parents to control the ways in which a phone can be used while in a moving vehicle. It can also be set up to notify parents when the teenage driver overrides the Text Arrest function, travels outside a certain geographic area, or exceeds the speed limit. The app will also allow the phone to be used in the event of an emergency with parent notification.

Canary is a free app that puts all the information in the hands of the parent. It offers text notification any time a child texts, tweets, or answers a call while driving. Canary will also provide notifications when the teenage driver exceeds a certain speed or goes outside a set perimeter on the map, so you'll always know that your child is where they're supposed to be.

CellControl is a unique program that is designed to disable only the driver's phone, leaving other passengers free to use their phones normally. CellControl prevents behaviors that have been defined ahead of time: texting, taking selfies, using social media accounts, and playing games, among others. It can also be set to simply monitor usage to determine whether or not a teenage driver is using their phone responsibly.

DriveSafe.ly reads incoming text messages and emails, including, shorthand aloud as they come in. DriveSafe.ly prevents drivers from looking down at the phone when they're on the road, but still lets them know when important information comes through.

DriveScribe blocks incoming calls and texts when the car is moving above a certain speed. In addition, the DriveScribe app notifies drivers who are traveling too fast.

They're your kids. Take the steps necessary to keep them safe. By installing one of these apps, you can enforce safe driving behavior even when you aren't looking over your kids' shoulders--and that just might be enough to save their lives.

In addition to keeping your children safe on the road, you can protect them in the digital world with Bark's award-winning monitoring service. Bark proactively monitors text messages, YouTube, emails, and 24 different social networks for potential safety concerns, so busy parents can save time and gain peace of mind. Sign up now for a free one-week trial.