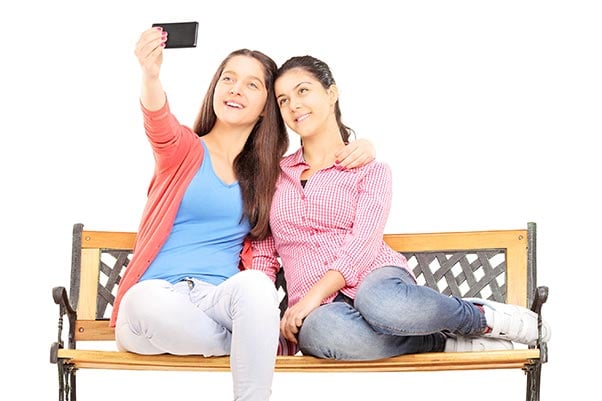 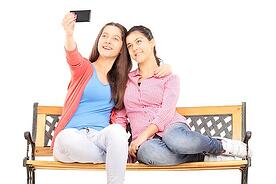 With all of the negativity that can generate in so many apps (cyberbullying from Ask.fm, anonymous secret-sharing apps), it's about time that an app that encourages positivity takes the headlines. This article was originally published on Yahoo Tech by Tech Columnist Dan Tynan.

Don’t look now, but your teenage daughter may be taking Shots. I’m not talking about Jack Daniel’s; I mean Shots, a mobile social network built entirely around selfies. The site is best known for the identity of one of its angel investors, a 20-year-old named Bieber.

Regardless of what you think of Mr. Bieber, the selfie-centric social network his name is attached to is a solid project that can encourage network building and sharing among young people, while at the same time discouraging the most typical of hurtful behaviors seen on many other social services. It’s not perfect, but it’s pretty good.

Today, the 6-month-old startup announced that it now has 1 million members, three-quarters of them females between the ages of 13 and 24. It celebrated by adding a new feature, the ability to reply to someone’s selfie with one of your own.

Getting Bullish on Bullies

What makes Shots different — aside from the Bieber factor and the presence of Snoop Dogg, Soulja Boy, and random Kardashians among its ranks — is what it isn’t: It’s not a platform for teenagers to bully one another.

The idea behind Shots was to create a social network where teens can express themselves in a positive way, says co-founder John Shahidi. So, for example, while you can heart (or like) someone else’s photo, there is no way to leave a comment, nasty or otherwise. The app operates only the device’s front-facing camera, and there’s no way to upload images, limiting people’s ability to secretly share pictures of others or to create fake profiles. Shots doesn’t keep track of follower counts, Shahidi adds, so its mostly-teen members don’t end up being sucked into a virtual popularity contest.

Members can add captions to their own photos and use hashtags, but there’s no way to search for hashtags, which Shahidi says cuts down remarkably on the tendency to post nude shots (something Vine learned the hard way). People who do post explicit images or engage in noxious behavior are not only booted from the network, but their device IDs are recorded so they can’t reinstall the app and sign up under a different name, Shahidi says. He says he’s only had to do that twice so far.

As you might suspect, using this iOS-only app doesn’t require a degree in astrophysics. You simply tap the smiley face on your screen to active your device’s camera. Then tap again to take a picture; then add a caption and any hashtags. Location (city and state) is added by default, though that can be turned off. Once you’ve created your photo on Shots, you’re prompted to share it on Instagram, Twitter, or Tumblr. It will also automatically appear on the Shots.me site under your name.

But here’s where Shots can get a little dicey. Anyone who views photos can also share them on Twitter, Instagram, or Tumblr — without even being a follower of the originating person. So, for example, if someone takes a picture of herself and a pal boozing it up on a flight home from Vegas, some obnoxious Shots member might not only share that across all of his social media accounts, he might also put it in a story on Yahoo Tech. And of course, once a picture is out there, it’s fair game for the haters on all the other social networks.

You can prevent this sort of reckless sharing by setting your account to private. When you go private, you can approve who gets to follow you and see your selfies, and nothing you post can be shared on other social networks. (My advice: Persuade your teenagers to go private, if you can.)

A Million to One Shots

There are other flaws. The new feature lets anyone reply to a selfie with one of his own — he doesn’t have to follow the original poster. That gives haters an opportunity to get nasty in their own captions, something Shahidi admits could be a problem. The only options would be to block them or report them.

Likewise, presenting selfies of (mostly) young women alongside their location information and names is like begging for cyberstalkers — another good reason to make sure your kids go private.

In an Internet full of rampant rudeness and out-of-bounds cyberbullying, though, you have to applaud anybody who’s trying to push the positive. In fact, it’s becoming a bit of a trend. Other youth-centric networks, such as the Pinterest-like We Heart It, are built around a similar premise of hearting, not hating. Whether they’re likely to wean your kids fromSnapchat, WhatsApp, Kik, and the other less-polite text- and photo-sharing services is a bit of a long shot at best.

Still, narcissism has never been so nice.

Although the app doesn't leave teens immune from online dangers, it's a step in the right direction for combating cyberbullying and digital negativity. Be sure that your kids aren't being affected by online negativity with parental intelligence tool uKnowKids.