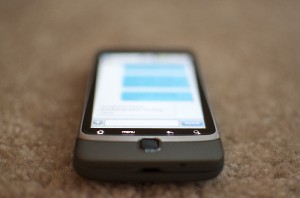 Today's cell phones are tiny supercomputers that require just as much parental monitoring as laptops and desktops. Here are 4 things you should be aware of when monitoring your child's cell phone.

Texting sure is a handy way to exchange quick messages with your child when you're running late or want to remind them of something, but texting has the potential to get kids in a lot of trouble. Texts are easily forwarded, and whatever kids text could end up in the whole school's inbox the next day.

It's also easy to misread someone's intentions in a text message. The anonymity of texting also makes it easier for a child to slip into cyberbullying and rude behavior. While you're talking about sexting, make it clear that there are certain times when texting should be off-limits (in class, for example.)
2. Sexting

Kids might think it's no big deal to send out a sext of themselves or forward a sext of someone else that they receive, but consequences can be heavy. Possessing or distributing nude pictures of a minor (even if it's a picture they took of themselves) could be illegal.

Kids who participate in sexting could be suspended from school or convicted of child pornography. Not to mention that it could be severely embarrassing or even dangerous if their sext goes viral.

If your child carries a cell phone, it gives bullies 24/7 access to them. Talk about what to do if a bully bothers them, and let them know that they can always talk to you and you won't overreact.

Kids who begin talking to a predator online will soon be asked for their cell number, or a predator they meet may even offer to give them their own personal cell phone as a gift. Predators know that cell phones are not usually well-monitored, and it gives them the ability to more directly connect with your child behind your back.

Talk with your child about these 4 issues, and just as importantly, follow through by monitoring your child's cell phone activity on a regular basis. Your teen most likely can't live without his or her phone, and it's up to you to help them use it safely.