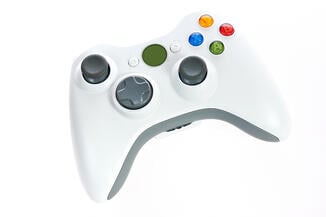 The overwhelming majority of tweens are online, navigating their ways through virtual worlds. 91% of boys and 93% of girls ages 8 to 11 report playing online games, up dramatically from just five years ago.New virtual worlds like Club Penguin, Webkinz, Poptropica, and Neopets have appeared to cater to this emerging demographic. All vary slightly, but the main focus of most tween online games is two-fold:

With younger and younger kids entering the world wide web to “play games,” it’s important that they understand that the other players are real people. Most are probably who they say they are – just tweens looking for something fun to do. But some may be adults, and others may be trolling for personal or identifying information.

Of course this won’t occur to your 8-year-old, especially if you haven’t reminded him a few hundred times.
Recent statistics show that kids are exploring the online game scene earlier than ever, so you should have the Internet safety conversation sooner rather than later. Most tweens are playing their hearts out online and loving it, and it’s your job to make sure they’re doing it safely.