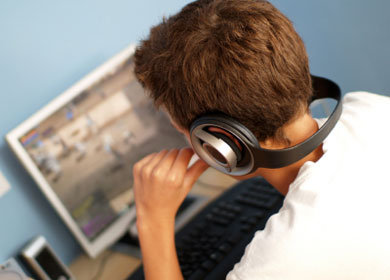 All parents know that the Internet is a place that requires parental involvement and parental monitoring. There are cyberbullies, online predators, and identity thieves out there to worry about.

But the obvious dangers notwithstanding, did you know that some Internet uses and behaviors may also be linked to a teen's physical and mental health, too? Many studies suggest a correlation between certain types of online behavior and physical or mental health problems, from anxiety to obesity.

A recent study from the Missouri University of Science and Technology draws a connection between clinical depression and some very specific patterns of using and surfing the Internet. Though it can't prove which came first – the depression or the Internet browsing patterns – results show that depressed individuals may:

What I liked most about this study was that the 216 participants in the study weren't simply asked to self-report on their own online habits (because what we think we do is usually a lot different than what we actually do). A software program tracked the participants' Internet use over the course of a month, and then they were asked to take a survey that included depression screening questions.

Not that I think you should be worried about depression if your teen plays Farmville or sends a lot of email – but it's still interesting food for thought.

(It's also worth noting that this survey looked at the browsing habits of college students and may not necessarily be the same for kids in junior high and high school.)