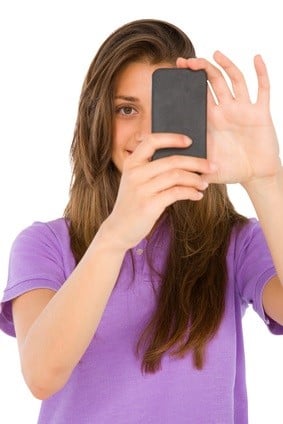 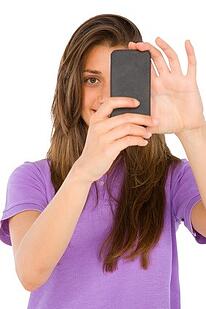 Our latest guest post for Internet Safety Month comes from Judge Tom Jacobs, the founder of AsktheJudge, an educational website for teenagers and the laws that affect them.  Here is his take on a big issue affecting teenagers both legally and socially today: sexting.

As you know, it only takes a few seconds to pull up your shirt or drop your pants, snap a picture and send it to a love interest. Regardless of your reason for sexting, think twice before actually doing it. It’s an act that may change, or even end, your life.

Your state may have a sexting law. You may or may not know about it or what it says. If you Google the name of your state and “sexting laws” you can read about the consequences for sexting someone. The fact that your state doesn’t have such a law isn’t a green light for you to go ahead and send a sext message or photo to even your closest friend. This is the Internet we’re dealing with. Every post or image has the potential to enter cyberspace and go viral. You can’t take it back once you hit “send” no matter how many times you go back to hit delete or trash.

Consider the case of 13-year-old Hope Witsell. It started out as flirting, but quickly turned into a nightmare. Hope was in middle school when she sent a topless photo of herself by text to a boy she liked. However, it was intercepted by a girl who had borrowed the boy’s cell phone. The girl forwarded the photo to friends and it spread to several schools.

Hope was grounded by her parents over the summer and had her computer privileges restricted. She was suspended for the first week of school. When she returned, the taunting and name-calling continued. She put up with vulgar names and comments including “Ok, here comes the slut.” Her friends rallied to her defense and literally surrounded her while walking the hallways at school.

Hope wrote about her life in her journal. “Tons of people talk about me behind my back and I hate it because they call me a whore! I can’t be a whore. I’m too inexperienced. So secretly, TONS of people hate me.” In a final entry to her journal, Hope wrote “I’m done for sure now. I can feel it in my stomach. I’m going to try and strangle myself. I hope it works.”

It did. Hope hung herself from the canopy of her bed with a pink scarf. She was an A and B student with plans to study agriculture and start her own nursery business.

Since Hope’s death, a new phenomenon has begun. In the name of fun, “just joking,” and “we didn’t mean any harm,” teenagers and twenty-somethings are video-taping themselves acting badly, and in some cases, criminally.

Audrie Pottwas a 15-year-old student at Saratoga High School in California. In September, 2012, the sophomore was at a party where she consumed some alcohol and passed out. She was sexually assaulted and photos of the incident were posted online. Cell phones recorded the abuse and the photos went viral. Humiliated by the photos, she wrote on Facebook that “the whole school knows – my life is ruined now.” Audrie hanged herself eight days later. In April, 2013, three 16-year-old boys were arrested and charged with sexual battery. They may be tried as adults.

What can be learned from these cases? Teens live in a digital world where they communicate instantly by text, tweet and email on Facebook, YouTube and other websites. Everything is recorded and shared with the world. Beyond this is the belief that anything goes at any time. There are real-life consequences for cruel, tasteless behavior.

The bottom line is this: there is no privacy when using social media. Cyberspace is just that – infinitely large, dark, unknowing and uncaring. If you post it, others will see it. Think B4 U Send!!

About Judge Tom: Tom Jacobs is the founder of AsktheJudge.info, an educational website for and about teenagers and the laws that affect them. He is also the author of numerous law books for teenagers, attorneys and judges the latest of which are “Teen Cyberbullying Investigated” and “What are My Rights?” (Free Spirit Publishing, Inc.).