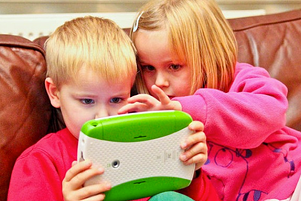 Digital parenting seems to be changing into more of a shared family experience, according to a new study cited by CNN from Northwestern University. And in that same study, it's found that parents aren't that concerned about the dangers of the digital world with their kids. Whether that's a sign of parents becoming too busy to deal with reality or not, it's an interesting examination of where America is headed in families dealing with an increasingly digital world.

The most positive news in the above study is that many parents use regular toys, books or other play activities to keep their kids occupied above using a smartphone, tablet or other digital media device. It's an encouraging sign that the digital world won't replace traditional items in developing the minds of the new generation. At the same time, when that digital media is used, it's becoming a collective family activity--that is, when the parents are actually around.

The Lack of Concern About Online Dangers

While a positive story, the study does show that parents aren't concerned about what their child might see online when using those digital devices. Is it true that dangers are overemphasized, or is it just from a lack of not knowing? In a recent study from McAfee, it was found that kids were looking up information they shouldn't behind their parents' back. That same study found that parents were just too busy or not tech savvy enough to realize the potential dangers out there.

Conversely, parents may be taking more action with clever security devices or merely educating their child about online dangers to alleviate the anxieties.

Video Games are More of a Concern Than Internet

In an interesting turn, the Northwestern University study showed concern of violence from video games was more of a factor for parents than anything their kids might see online. While that has its own argument, the above McAfee study seems to prove that the online world is more of a magnet for looking up sexual content than violence. Then again, that study also showed that some kids search out violent content on Youtube. 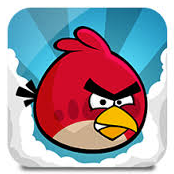 In a recent blog from Joystiq.com, some contradictions were pointed out about the positive view of digital devices compared to the actual content. The blog points to the carryover of games like Angry Birds, etc., being available on the same devices and how that can affect a child's thinking. It ultimately gives a new spin on how digital parenting is going to work in filtering content kids and parents want to see as digital media becomes a family affair.

Here at uKnowKids, we've designed an app that lets you keep track of what your kids are viewing on popular social media sites such as Facebook, Twitter and Instagram. We also offer the ability to monitor activities on your kids' smartphones, plus a location tracker.

Try our app today and let us show you how easy it is to make digital parenting work more efficiently in an increasingly complex digital world.

Family structures are changing. Learn how to be a good digital parent and keep your kids safe with this infographic.