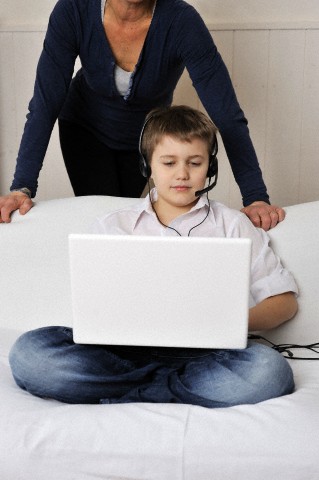 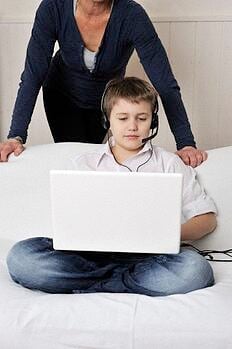 This article was originally published in the Daily Times by Digital First Media's Steve Fox. The full article can be accessed here.

One of the bigger struggles a parent faces is how much privacy to give to their children ... and when? With a 15-, a 13-, and a 10-year-old, I have three very distinct age groups to contend with when it comes to monitoring activities online.

As I write this, I just told my 15-year-old son to take down a borderline offensive post from a friend on his Facebook page. It's not the first time I've asked him to do this and certainly won't be the last. I can do that because as a condition of his joining Facebook, he had to agree to be my “friend.” I can also check his Facebook messages because I have his password information.

It's a balancing act, though, as he gets older and asks for more privacy: When do I intervene and when do I let him work things out on his own? And as my daughters begin to get involved in social media as well, I'm increasingly worried about predators and online bullying. These are not baseless worries. My 10-year-old daughter was at a sleepover this past weekend where a friend was texting a boy using inappropriate language.

We want to protect our children, and in an increasingly digitized society, that instinct is carrying over into the online realm more and more. Most computers have some sort of parental controls in the system settings, allowing you to set up separate accounts for your children and put in controls to prevent them

from accessing “R-rated” sites. Even sites like Netflix allow you to control the level of programming your children can access.

You can do as much or as little monitoring as you want based on the privacy decisions you make. And, while keeping tabs on online activities on traditional computers and tablets is important, the amount of time our kids spend on their phones means I'm a lot more worried about the activities that are taking place on those devices. Luckily, a lot of developers out there recognize this and mobile monitoring apps abound. Still, you almost need an app to help go through all the options available out there. Here's brief look at some of the more popular monitoring software available:

In an era where the government seems to be infringing more and more on privacy, the ability to see who my kids are calling and what pictures they are taking is attractive but conflicting. I'm going to go ahead and pick one of these programs to use, and I will check back in a few months to report how it's going. Anything I do, however, will involve my children. Monitoring them without letting them know I'm doing it somehow seems wrong. Given how clever and tech-savvy my son is, maybe he'll develop a program to shield his activities! We'll see how it goes.