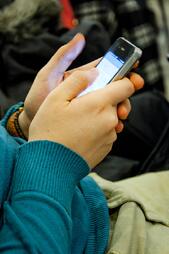 Think your 7th grader isn't sexting? Might be time to think again.

A new study was published online today by the American Academy of Pediatrics about the sexting habits of at-risk seventh graders.

Here are some of the most shocking statistics: