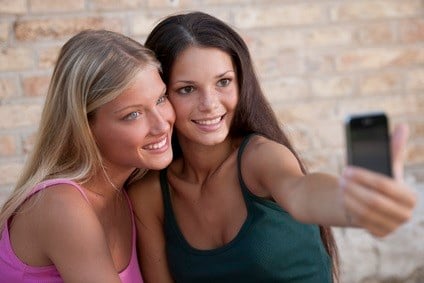 Children have more ways than ever before to communicate with their friends and family. While living in the digital age has its advantages, parenting in the digital age can be a difficult and confusing process. Each day many apps are added to digital stores. Whether your child is using an iPhone, a tablet, and iPod or an Android device, he or she has access to thousands upon thousands of applications. While many of them are harmless, there are a few apps that pose a significant risk to your child. Snapchat, is one app that, on the surface, may seem innocent enough, but can be extremely harmful.

Snapchat is a messaging app that allows users to send pictures, videos and text messages to a selected group of recipients. The unique part of Snapchat is the “snaps” are only available for viewing for a set period of time. Once a recipient looks at the “snap” it disappears from the device and the servers after an allotted amount of time (as of 2013, users could set the “snap” time from 1 to 10 seconds). Once the snap has been opened and viewed it simply ceases to exist.

Snapchat was initially developed in 2011 by Reggie Brown and Evan Spiegel as a product design class assignment. The team, attending Stanford University at the time, code named the project ”Picaboo”. Snapchat was officially launched in 2012. By November of that year over one billion snaps had been sent by users, and the application quickly rose up the ranks in apps stores, hitting the top 10 most downloaded applications by early 2013.

Snapchat is a harmful application for children under the age of 18 to use, because the snaps are quickly deleted. This makes it nearly impossible for parents to see what their child is doing within the application. Because “snaps” are gone as soon as they are opened, parents complain they can not keep an active tab on their child’s use of the application. For the same reason, some teens feel that any “snap” is fair game and safe because it quickly disappears. Because there is no log of their correspondence some teens may feel the app is completely “safe” and they can send pictures and messages that they would not otherwise send if the image could be captured, or their activity can be tracked.

“Sexting,” the act of sending sexually explicit messages and pictures, has been seen as a large problem on the platform that seems to cater to users under the age of 18. Sending explicit pictures to or of a child under the age of 18 is a felony. In Canada, 10 teenage boys were arrested for child pornography charges after they used screen captures of explicit images sent through Snapchat. Because they distributed the images, child pornography charges were appropriate.

Snapchat is also an app that can be utilized by bullies. Because they leave no paper trail, many feel more comfortable saying and sending hateful messages to their target via the Snapchat platform. Thanks to the platforms quick delete feature, any image sent that is harassing can be difficult to capture, and it can be more difficult for parents to intervene in cases in which Snapchat is used for the purpose of bullying.

Snapchat allows users to connect by “adding” friends to their list. You can add people you know as well as people you don’t know. Because it can be difficult for you, as a parent, to monitor the interactions your child has on Snapchat, you may not know who they are talking to. It is very easy for a child under the age of 18 to connect with older individuals, as there is no way for the application to be segmented by the age of the user. Because there is no way to moderate use, it can be difficult to figure out whether your child is interacting with older adults or people they should not be speaking to. In addition, parental control applications are challenged by the unique way that Snapchat operates.

Snapchat can be compared to the Wild, Wild West of the olden days. There are very few rules, no real way to moderate what is going on, and any evidence of inappropriate behavior is quickly wiped away. With no paper trail, and no way to trace what is being sent across the servers, parents can easily be taken off guard, and young children who can not yet moderate their own activity can easily be harmed by use of the application.

Account monitoring with Bark is a powerful tool for every family to help keep their children safe both online and in real life. Bark monitors Snapchat direct messages (Chats) on Android devices. Sign up today for your free 7-day trial!