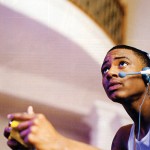 Many of us have a love-hate relationship with our child’s favorite online games. Sure, they encourage hand-eye coordination, problem-solving, team play, and friendships with peers. But we also worry about child predators, cyberbullying, online game addiction, decreased performance in school, and exposure to violence and other adult content. And did you know your child’s gaming frequency might be an indicator of how they feel about you as a parent?

In a study of 500 middle school students conducted by the University of Michigan, results showed that kids who played more online games were more likely to report a negative relationship with their parents than kids who rarely or never played. Heavy game-players were more likely to describe their parents as “nagging” and “providing less supervision.”

Although the study uncovered a definite trend, it can't tell us what came first: the chicken or the egg. (Or in this case, the negative parent-child relationship or the excessive gaming.) Maybe kids who have negative relationships with their parents are just more likely to withdraw into the world of online gaming in the first place. Such a finding would not be surprising. But maybe there is something about excessive gaming that warps a child's perception of his parents.

The “why”s of the study remain unclear, but as a parent it's always a good idea to play with your kids (at least a little,) know what they're playing and how long they're playing it, limit screen time, and watch for signs that they are using the game as an escape from reality. Online gaming doesn't necessarily mean that there's something worrisome going on in your child's life – but it could.