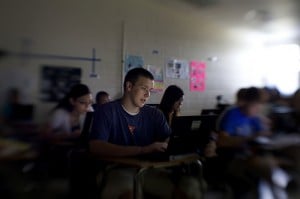 Kids today keep track of their homework assignments, their schedules, and their lives in general on social networks. Just one more reason for parents to keep an eye on their teen's Facebook and MySpace pages.

When kids want to plan a party or organize a group study session, the event is often planned via social networking sites. The message can be sent to multiple friends at a time and the response is much quicker than they could expect with texts or phone calls. Social networking is one of the most convenient ways for kids to plan out their day.
But it isn't always used the way parents would like. Last month 6 school-age girls were arrested after using Facebook to organize and plan a street fight in the United Kingdom. Even though only 6 were arrested, a total of 30 kids were involved – probably due to the rapid spread of information due to social networking.

In short, it's a good idea to keep an eye on your kids' social networking interactions. Not just because of threats like pedophiles and cyberbullies, but because it helps you keep tabs on what they're doing in real life. Just be aware that only a product powered by FamilyConnect™ will let you see every single one of their social networking interactions – even if your child has “friended” you, they can still hide selected information from you.