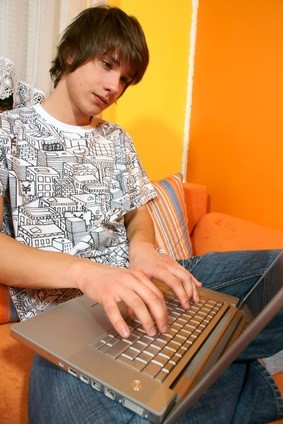 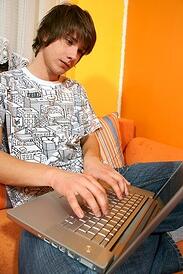 This article was originally published on The Huffington Post by Kelly Schryver, Senior Content Specialist at Common Sense Media.

Remember MySpace? Not so long ago, practically every teen in the world was on it -- and then many left for Facebook. Now, as Facebook's popularity among teens is starting to wane, you might be wondering what the new "it" social network is. But the days of a one-stop shop for all social networking needs are over. Instead, teens are dividing their attention between an array of apps and tools that let them write, share, video chat and even shop for the latest trends.

You don't need to know the ins and outs of every app and site that's "hot" right now (and frankly, if you did, they wouldn't be trendy anymore). But knowing the basics -- what they are, why they're popular and the problems that can crop up when they're not used responsibly -- can make the difference between a positive and negative experience for your kid.

Teens like using it to share quick tidbits about their lives with friends. It's also great for keeping up with what's going on in the world -- breaking news, celebrity gossip, etc.

2. Instagram is a platform that lets users snap, edit and share photos and 15-second videos -- either publicly or with a network of followers.

Instagram unites the most popular features of social media sites: sharing, seeing and commenting on photos. Instagram also lets you apply fun filters and effects to your photos, making them look high quality and artistic.

3. Snapchat is a messaging app that lets users put a time limit on the pictures and videos they send before they disappear.

Snapchat's creators intended the app's fleeting images to be a way for teens to share fun, light moments without the risk of having them go public. And that's what most teens use it for: sending goofy or embarrassing photos to one another. Snapchats also seem to send and load much "faster" than email or text.

style="line-height: 1.5em;">4. Tumblr is like a cross between a blog and Twitter: It's a streaming scrapbook of text, photos and/or videos and audio clips. Users create and follow short blogs, or "tumblelogs," that can be seen by anyone online (if made public).

Many teens have tumblrs for personal use -- sharing photos, videos, musings and things they find funny with their friends. Tumblelogs with funny memes and gifs often go viral online, as well (case in point: "Texts from Hillary").

5. Google+ is Google's social network, which is now open to teens. It has attempted to improve on Facebook's friend concept -- using "circles" that give users more control about what they share with whom.

Teens aren't wild about Google+ yet. But many feel that their parents are more accepting of it because they associate it with schoolwork. One popular aspect of Google+ is the addition of real-time video chats in Hangouts (virtual gatherings with approved friends).

6. Vine is a social media app that lets users post and watch looping six-second video clips. This Twitter-owned service has developed a unique community of people who post videos that are often creative and funny -- and sometimes thought-provoking.

Videos run the gamut from stop-motion clips of puzzles doing and undoing themselves to six-second skits showing how a teen wakes up on a school day vs. a day during summer. Teens usually use Vine to create and share silly videos of themselves and/or their friends and family.

7. Wanelo (Want, Need, Love) combines shopping, fashion blogging and social networking all in one. It's very popular among teens, allowing them to discover, share and buy products they like.

Teens keep up with the latest styles by browsing Wanelo's "trending" feed, which aggregates the items that are most popular across the site. They can also cultivate their own style through the "My Feed" function, which displays content from the users, brands and stores they follow.

8. Kik Messenger is an app-based alternative to standard texting that kids use for social networking. It's free to use but has lots of ads.

It's fast and has no message limits, character limits, or fees if you just use the basic features, making it decidedly more fun in many ways than SMS texting.

9. Oovoo is a free video, voice, and messaging app. Users can have group chats with up to six people for free (and up to 12 for a premium fee).

Teens mostly use Oovoo to hang out with friends. Many log on after school and keep it up while doing homework. Oovoo can be great for group studying and it makes it easy for kids to receive "face to face" homework help from classmates.

Pheed's multimedia "all in one" offering seems to be capturing teens' attention the most. Some teens also like the fact that they have more control over ownership and copyright, since Pheed allows its users to watermark their original content.

11. Ask.fm is a social site that lets kids ask questions and answer those posted by other users -- sometimes anonymously.

Although there are some friendly interactions on Ask.fm -- Q&As about favorite foods or crushes, for example -- there are lots of mean comments and some creepy sexual posts. This iffy content is part of the site's appeal for teens.

The bottom line for all of these tools? If teens are using them respectfully, appropriately, and with a little parental guidance, they should be fine. Take inventory of your kid's apps and review the best practices.