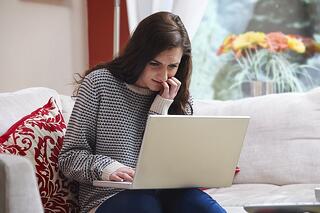 Burnbook.com not only helps cyberbullies spread nasty rumors about whoever they want with complete anonymity, it can also help them publicize it to the whole school.

This isn’t a joke. Burnbook is a site completely dedicated to allowing kids to verbally thrash their enemies by name, photo, and school, without ever divulging their identity. Heap criticism on somebody who’s already been put on the site, and if they’re not there yet you can add them.

I clicked on a random high school (University High School in Orange County, FL) and found some of the following:

Half were so riddled with profanity (which, to Burnbook’s credit, is censored with little asterisks) that I couldn’t repost them here. There are a handful of nice comments on the site, but they aren’t representative.

More disturbing than the kids’ comments though, is the fact that you can “invite” your classmates to with an anonymous email that reads: “I just found Burnbook and thought you may want to give it try. It's a new service that allows you to burn anyone anonymously!” Giving cyberbullies an online platform and enabling them to “invite” their victims to see their handiwork is beyond irresponsible.

Burnbook’s “About Us” page claims that their mission is to “connect you to other individuals at your schools and cities, so you can know the latest gossip in your network. Whether its breakups and affairs, scandals and fights, and pretty much whatever our users view as interesting; it can be found on Burnbook.”

Which leaves me asking the question: are trashy celebrity gossip magazines something that really need to be replicated at the high school level?