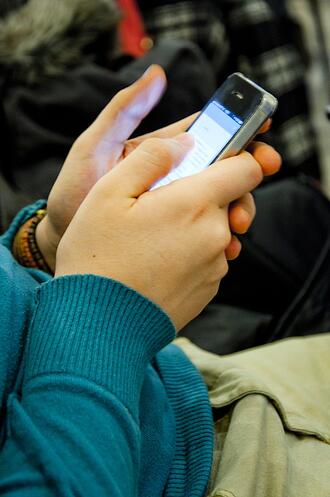 Around 50% of teens admit to texting while driving, and that’s a really scary thought for parents who have a new driver in the house.

Teens are already the riskiest class of drivers. They are inexperienced, exhibit slower reaction times, and often aren’t paying attention to much other than the car in front of them. Teens also think they are invincible, not imagining that unsafe behavior can hurt them or someone else.

Add texting into the mix, and it’s a deadly combination. Texting while driving is even more dangerous than drinking while driving – yet many teens who would never drive drunk are occasionally or regularly texting behind the wheel.

It’s vital that your teen understands the true risks of texting while driving when the big 1-6 arrives. Consider drawing up a contract where your teen pledges not to use their cell phone while driving, under penalty of getting their driving privileges revoked by you.

Also important: be a good role model. Adults regularly text and drive, too. Don’t be one of them. Teach kids – both by word and by example – to put their phone in an inaccessible place while driving and to practice saying “Can you get that?” to a passenger in the car when they receive a text they’re just dying to read.

When your teen is distracted by reading or sending a text, he or she is much more likely to make a deadly mistake like running a red light or drifting over the center line. Any text your teen could possibly read or type is not worth putting their own life (and the lives of everyone else on the road) on the line.