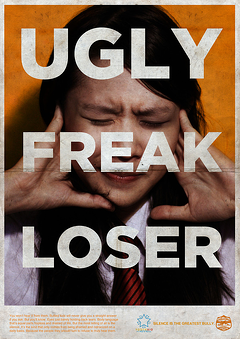 Celebrities often get involved in causes, and perhaps no cause is more worthy than ending cyberbullying.

Olypmic Taekwondo coach Jean Lopez and his Olympic medal-winning siblings recently paired up with the organization Youth Aid to raise money for anti-bullying education in an event called “A Night with Olympic Champions.”

Like other anti-bullying programs, Youth Aid believes that education can help empower bullied kids and teach bullies to avoid the behavior.

Youth Aid began as a drug education program that traveled to schools, performing for assemblies and giving the message that drugs can kill. But with all the upset over cyberbullying in the past few years, Youth Aid has enlarged its scope to include cyberbullying as a dangerous behavior worthy of mentioning, too.

Jean's brother Mark was a silver-medallist at Beijing's 2008 Olympic Games. His sister Diana is competing this year in London and has already earned a bronze medal in 2008; his brother Steven has won two gold medals and a bronze and is competing for a fourth this year.

Jean Lopez said he originally became concerned about cyberbullying when he read a news story about a 14-year-old girl who took her life, partly because of cyberbullying. At the time, he had a 14-year-old daughter and the story really impacted him because he realized it could happen to anyone.