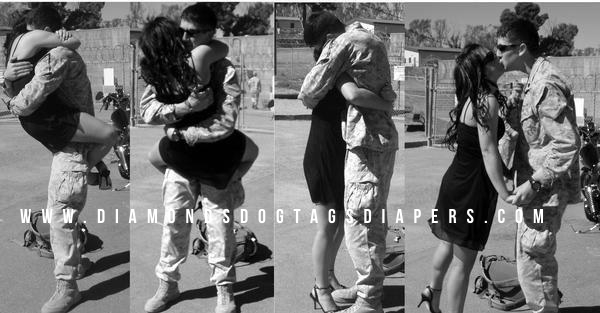 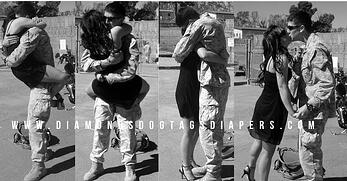 Here is a guest post about Twitter from Chelsea, over at Diamonds, Dogtags and Diapers. Read on to see how she uses twitter for many aspects of her life, and visit her blog when you are done!

Digital Besties -- Tweeing as a professional, parent and friend

Twitter is a fast-paced, 140-character social network that serves many purposes. For me, I use it for professional social media networking since I am a social media strategist in my other life, but more importantly, it serves as a support group and a friend generator as a military spouse and a parent.

In 2009, when my husband deployed and it was just the dogs and I at home, I spent a lot of time on the computer. I’ve always been a tech nerd, but I really dove deep into Twitter during that time. I wasn’t sure where to start or who to follow, so I started looking for military wives, and I found so many. I immediately jumped into conversations and started making friends. After a couple of weeks, even days, I had met some of the most amazing people who are still in my life.

We bonded over being military wives because a lot of us were home alone while our husbands were deployed. We vented about the silly things the military does to drive us crazy, we got excited when someone heard from their husband and all counted down the days until our husbands returned.

For most people, it’s easier to talk to someone and express feelings in the digital space vs. face-to-face. I didn’t necessarily get along with the women on our team during that deployment, so I found wives elsewhere that I could connect with. 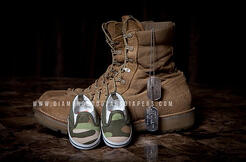 The next best thing to waking up from an email from your husband is to wakeup to a tweet or ten from an online friend who genuinely cares about you. I found a lot of great blogs though chatting with these ladies and I learned a lot of things, too.

I helped newbies understand what they should expect during deployment and I learned what to expect as my husband continues to reenlist.  Some of us even ended up meeting in person – how fun!

Over the years, I’ve watched those women grow, lose friends, have children, go through divorce and retire from the military—but we are all still so close, and who knows, the next place we get stationed, we might be neighbors and our kids can be best friends.

Also, Twitter is really booming for moms right now. Mom bloggers are the next best thing and there is no shortage of mom blogs. Just like I mentioned earlier, there are so many friends to be made, blogs to read and things to learn. I love following  Parenting Magazine and my favorite baby and toddler brands. From discounts to craft ideas, the amount of information that is tweeted on a daily basis is priceless. 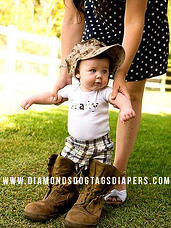 Digital friends are a great comfort, and so is reading blogs.

We persuade each other to buy shoes and handbags that our husbands would probably tell us not to buy. Once you have kids, you find yourself tweeting about feeding and diapers.

Twitter is such a relaxed space with endless opportunities. If you’re interested in hopping on Twitter, but don’t know where to start, I always send my friends this link. I am not affiliated with it, but’s a great website to learn how to use Twitter and to figure out what RT DM @, etc… mean: This is How Twitter Works.

Twitter isn’t just for women – a lot of men use it to follow their favorite sports teams – my husband was always curious when I would talk about UofM Football stats (I really don’t care about sports) that he didn’t know about. He finally realized I was getting all of these awesome fun facts on Twitter – not every company can put all of their awesome information on TV or their website.

As far as being a parent to a child that wants to be on Twitter, I haven’t had to cross that bridge with my almost-two-year-old, yet but I would recommend keeping children off of Twitter, unless you’re monitoring it and keep it private. Unless they’re following Justin Beiber (who really isn’t interesting) there aren’t really any reasons for a child to be on Twitter. Facebook is a much better and more visual space for children.

Jump on Twitter and give me a mention – let’s be digital besties. Twitter.com/MotoWife