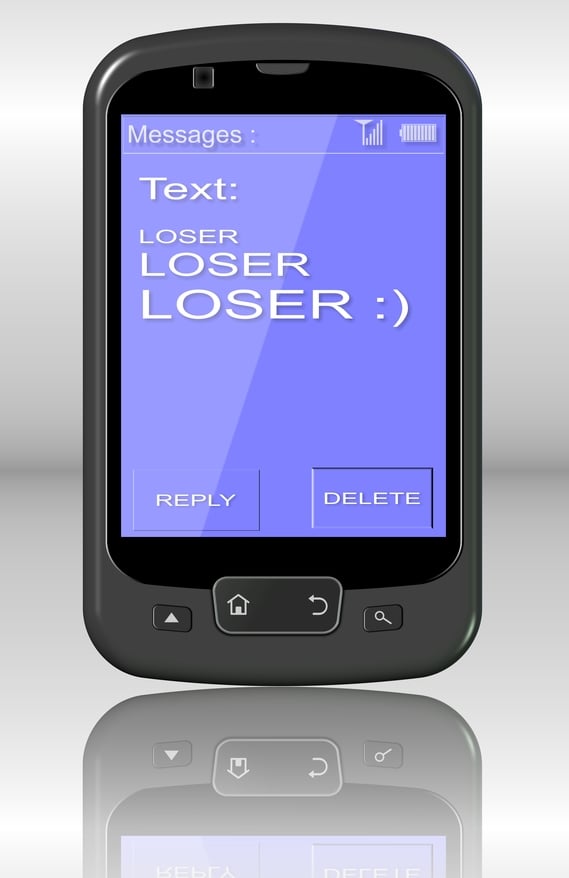 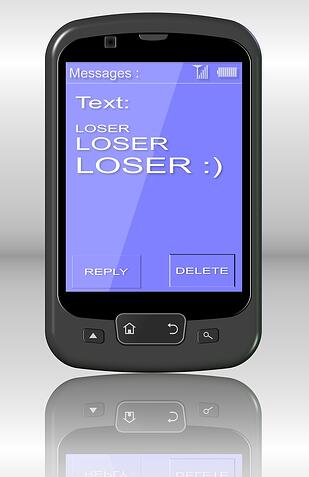 This article is from Psychology today and compares traditional bullying with cyberbullying.

Just how different is traditional bullying from cyberbullying? Studies are beginning to show that the way youth bully online is a lot different from traditional schoolyard bullying. Teens may think what they are posting or texting is just a joke, but if you're on the receiving end it may not be all that funny. In fact, if the "joking" is repetitive, it could cross the line into bullying, more specifically cyberbullying. According to the American Academy of Pediatrics cyberbullying is the "most common online risk for all teens and is a peer to peer risk."

•a need for power and control

So, just what is cyberbullying? By definition, it's the deliberate and repeated harm inflicted through the use of cell phones/Smartphone's, computers/tablets, and other electronic devices (including Wi-Fi gaming devices). It's an easier way to bully because unlike traditional bullying it doesn't involve face to face interaction. Teens can become desensitized to a computer screen, and say or do things they wouldn't do to a person's face. The computer desensitizes teens and decreases the level of empathy they feel toward the victim. Plus, when they can't see the person's reaction to what they post or text they may not know if they've gone too far.

It appears that today's youth don't equate joking around with bullying. Even though they do it jokingly it can cut the receiver deeply. By definition a joke is something that is suppose to but here's the magic question "who's laughing?" Ask any teen who's been cyberbullied and they probably won't see the humor in the situation. Plus, when something is posted online, it can be humiliating. That old saying "www" means the "whole world's watching" holds true and cyberbullying victims know it. Bottom line is cyberbullying hurts.

You get a text from a friend to check out someone's page, you go there and see degrading posts and a crude picture of you in a swimsuit that had been Photoshopped. Following the posts are a string of lewd comments. You start getting text after text from people, some you don't even know, saying mean things about the post. It feels like the world is laughing at you only you're not laughing. You dread going to school the next day because you have to face all of these people. Your stomach is churning and your head is pounding. You pray it will just go away, like it never happened. "MAKE IT STOP, Make It Stop, make it stop." screams through your mind. You have just entered into the world of a victim. What may have started as a mean joke crossed the line into something more severe, cyberbullying. Scenarios like this are just one example of how some teens are misusing technology.

Young people can quickly spread a rumor through texting, taping an embarrassing incident and posting it on YouTube, or uploading pictures or unkind comments on social networking sites. There are many different avenues that can be used to cyberbully. The key to decreasing cyberbullying is educating today's youth to think before they click. One wrong click has the power to change someone's life forever.

Teaching teens to protect themselves online is very important. I compare learning how to drive a car to teaching teens how to use technology. Here's my logic, odds are you wouldn't turn your teen loose with the keys to the car if they haven't been properly trained or educated to operate a vehicle Why? Because it's dangerous! He could kill himself or someone else. Well, we should realize that the wonderful cyber world also possesses dangers. The internet highway can be dangerous if teens post inappropriate material, bully, give out personal information to strangers, etc. So we really need to educate our teens about how to use technology appropriately. Just as you probably wouldn't toss the car keys at an inexperienced teen and tell him to go take a spin, you shouldn't place a Smartphone or any other electronic device with internet capability in his hands without making sure that he knows how to use it properly.

Let's help our teens realize that feelings do exist in the cyber world, manners do matter, and most importantly, there's a real life person on the receiving end of the messages... A person who laughs, cries and hurts, just like we do. Please help teach our young people that what they do and say to one another off or online does make a difference.

Teens can use these tips to protect themselves online.

•Tell a trusted adult if you're being cyberbullied.

•If you know someone who's being a cyberbully tell her/him to knock it off, if they don't report it.

•Contact host/site providers if inappropriate material is being posted on their site.

•Save all evidence if you're being bullied online. Don't delete without keeping a copy for yourself.

•If someone angers you, wait, don't fire off a rude comeback. It'll only make things worse.

•Don't open anything from someone you don't know.

•Keep privacy settings on your computer. Secure your information.

•Only accept close friends on your social networking sites.

•Don't post anything online that you wouldn't mind your parents seeing.

•Most importantly, treat others as you want to be treated. Think before you click. Look at what your posting or uploading and ask "Would I want someone saying or putting that about me online?" If the answer is "No" then don't do it.

While the internet can be fun and super cool it comes with responsibility. Have fun with technology just take heed and exercise caution when using it. A joke is meant to be funny but not at the expense of another person's feelings. Young people joking is one click away from cyberbullying.

What do you think about this? Is one form of bullying worse than another? Let us know in the comments!