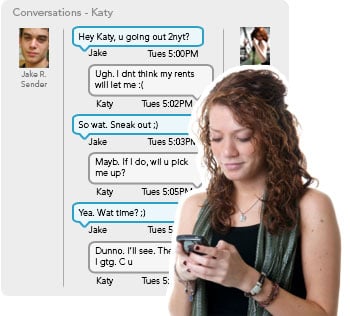 With the relatively new ability to send images and videos through technology, people of all ages are taking advantage of this ability to connect to others. Unfortunately, it has also led to the evolution of “sexting.” While this is legal for adults (but still risky), it is not for minors and can have serious consequences on a minor’s emotional state, not to mention their professional and academic future.

Depending on the minor, the situation in which the sexting occurs, and how it is handled, the ramifications can vary greatly. However, it almost always leads to some negative effects for the teen.

What It Can Lead To

While parents may be aware of certain repercussions of sexting, there are a wide variety of consequences that even the most conscientious parents may not be aware of. Regrettably, it can lead to the following negative effects:

Fortunately for parents and minors alike, there are many ways to combat these effects of sexting. However, due to the ramifications and negative effects that it can have, it is important for parents to address it before it becomes an issue.

Not only has the availability of and advances in technology led to an increase in sexting, but there are also a variety of other reasons that compel teens to engage in this activity. Generally, teens engage in it for one of the following reasons:

Although sexting can lead to several problems and consequences for teens, parents can understand why it is done and take action to prevent it or nip it in the bud.
[THIS BLOG POST WAS UPDATED ON 7/28/2019]
We are pleased to announce that Bark will be taking over where we leave off. The uKnowKids mission to protect digital kids will live on with Bark. Our team will be working closely with Bark’s team in the future, so that we can continue making the digital world a safer, better place for kids and their families. While we are disappointed we could not complete this mission independently, we are also pleased to hand the uKnowKids baton to Bark.