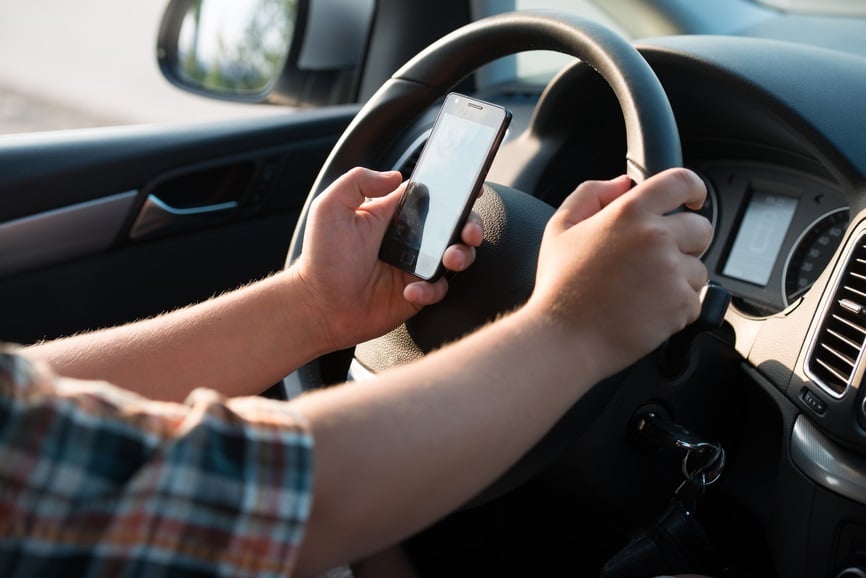 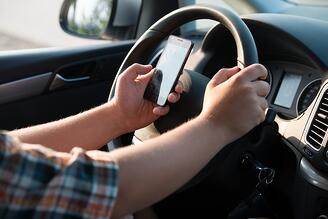 Our next guest blog post on digital parenting and distracted driving comes from Dr. Barbara Bergin in Austin, Texas. Read on to learn her approach on how to get teens to stop texting while driving.

I’m pretty sure my kids have texted while driving. I know they make phone calls while driving. I’m sure they don’t drink and drive. These are my worst fears for them while they’re driving. When I was a kid my parents told me not to pick up hitch hikers! That was the worst thing I could do when driving in the early 70s. I was a newly hatched driver before seat belts were required and before all the negative publicity came out about drinking and driving. People did that all the time! And then, without thinking twice, they threw their bottles out the window along with their fast food bags!

I had a couple of philosophies regarding child rearing, and I went back to them over and over again when I raised my kids. The first was to recognize that all I could do with my kids was to ask them to do the right thing. I couldn’t force them to do it. Sure I could punish them for not doing the right thing, but I couldn’t really force them to do anything…and remain a good parent. So I resorted to my own forms of asking.

The second concept was to set a good example. Kids want to emulate their parents, especially if their parents are generally good people. We’re their number one role models. If we’re not, they’re going to find someone else to emulate, and you’re likely to lose control when that happens. Be the best role model you can be.

So I ask my kids not to text and drive. But today's kids always want to know why. When I was a kid, parents didn’t have to tell kids “why” that much. They often said, “Cuz I said so.” But nowadays, kids won't appreciate that answer and they can find out a whole lot of whys on their own. I want them to hear my “why” first. Being an orthopedic surgeon has its advantages in that department. I get to tell them about all the damage I see as a result of texting and driving. They know I don’t exaggerate. By the time you have driving children, they should know you tell them the truth and you don’t exaggerate. If they don’t, you could have a credibility issue. That all goes back to setting the good example.

And then…you just keep asking them not to text and drive. It’s no different than when you asked them to wear their seat belts. Eventually it becomes habit. Continue to ask and tell them why. Unless you take their phones away, or unless texting and driving becomes more easily enforceable, like drinking and driving, you must simply ask.

Pull over to text. Wait until you get home and then let them see you answering your texts. Resist your own urge to text while driving!

And then you can ask your kids not to do it!

Are you and your teens safe from distracted driving? Get the facts and solutions in this infographic.