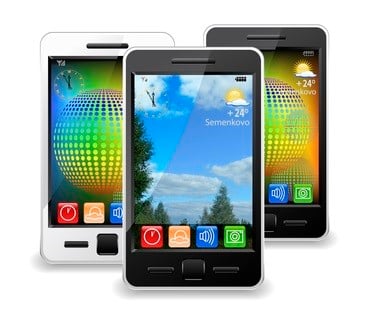 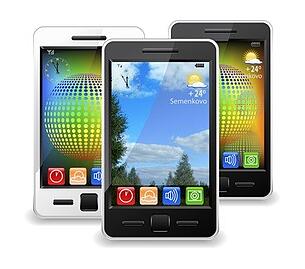 A whopping 82 percent of teens aged 16 or 17 have a cell phone. While these devices are great for facilitating communication between parents and teenagers, they also pose many risks. Talk to your teens about these common smart phone dangers and make a plan to avoid them.

A Distraction While Driving

Texting and driving is so dangerous that it's illegal in most states. You're 23 times more likely to crash when you're texting. Teens who text and drive spend an alarming 10 percent of their driving time outside their lane. Dialing, talking on the phone, and reaching for the device increase your chances of getting into an accident as well. Twenty-three percent of automobile collisions in 2011 involved a cell phone. The same year, accidents where there was a distracted driver caused 3,331 deaths.

Implement a strict rule against cell phone use while driving and make sure your teen understands the dangers of distractions while they are on the road. Be patient if your teen doesn't answer a call immediately, since they could be driving. A 2010 estimate indicated that about 660,000 drivers are using cell phones or other electronic devices while driving at any given daylight moment in the United States. Make sure your teen isn't one of them.

It’s hard to enforce rules while you’re not with your teen. To make sure they’re driving safely, buy them a hands-free set, or a text reader. With these gadgets, they’ll have no excuse to ever touch their phone while they’re driving.

Sexting and Posting Other Regrettable Things

Kids do stupid things: They always have and always will. However, in this ever-increasingly technology-driven and over-sexualized age, it’s easier and more permanent than ever to make a major mistake. Posting irresponsible things like binge drinking, drug usage or sexting pics to others can potentially have immediate and long-lasting detrimental effects. These behaviors could lead to harassment or bullying at school making it hell for them, or even get them suspended -- like in Philadelphia, where 17 students received a suspension for posting pictures of themselves having an impromptu fashion show in a school bathroom. In another incident, more than 100 students at a Minneapolis school received suspensions for Facebook pictures that depicted them partying.

Later in life, these immature and stupid mistakes could seriously impede a career when all of a person's irreverent past behavior is collected forever in the endless vault that is the Internet. After all, this is a world where one search query would unveil all of their past embarrassing and revealing misdoings.

Explain to your kids that what they post today has both near- and long-term ramifications. Smartphones make it easy to post pictures and other information to social media sites like Facebook or Twitter without really thinking. Encourage them to think critically, to truly consider how a questionable picture could affect them now and in the future before posting. Emphasize to them that these photos reflect to others who they are. Limiting Internet use to the home computer can help cut down on thoughtless spur-of-the-moment posting. With a fast connection like ones you find with hughes internet, it's easy to share photos and videos online. When your teen is at home under the watchful eye of a parent, they're less likely to post questionable content.

If restricting them to home internet usage seems impossible, create social media sites for yourself so you can monitor their behavior. This may seems invasive to them at first, but it will make them more aware of what they post. Whether you’re on social media or not, the internet is still a public forum, so your kids need to be acutely aware of just how public the internet is.

Opens the Door to Predators

Many smart phone apps request GPS information and tag all activity with a location. The default iPhone setting also attaches a GPS tag to all photos taken on the phone. This tag is easy to decode and tells predators exactly where the user took a picture, right down to a specific room in your home. Between photos and social media posts, it's possible for a predator to pinpoint where your teen lives, works, goes to school, and hangs out.

Discourage the use of apps like FourSquare, where the sole purpose is sharing your location. If you allow your teen to use other social media apps on his or her smart phone, make sure they disable all GPS tagging. You can turn off GPS tagging on smart phone pictures as well so your teen can safely share.

Carefully check your teen's smartphone to make sure safe measures are taking place. New threats pop up every day, but vigilant parents can keep ahead of them so smart phone use and safety are perfectly balanced. How do you ensure safe smartphone usage with your teens?

Are you and your teens safe from distracted driving? Get the facts and solutions in this infographic.