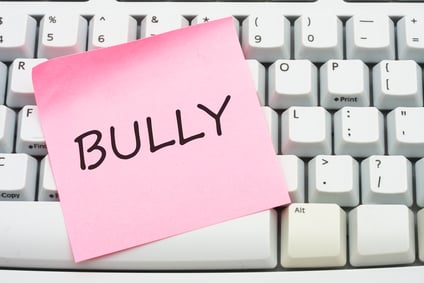 Unwelcome sexting, abusive text messages, digital public humiliation and social media harassment all fall under the umbrella of cyberbullying. The sobering realities of cyberbullying have become so prevalent that the Federal Bureau of Investigation (FBI) published a "Cyberbullying and Sexting: Law Enforcement Perceptions" bulletin advising agencies that "94 percent of school resource officers agreed that cyberbullying was a serious problem warranting a law enforcement response."

Bullying is no longer limited to the school yard and cafeteria, where bullying culturally been accepted as a "right of passage" for growing up. Bullying has significantly progressed into being a grave issue that now even necessitates police intervention. Notably and reportedly, most cyberbullying also occurs through social networking or text messaging, mentions the FBI bulletin.

Although we want to extinguish cyberbullying and its harmful effects is ideal, it still happens on a daily basis. However, parental monitoring, proper responses and preventative steps can reduce the pervasiveness and emotional repercussions of cyberbullying. If your child is a victim of cyberbullying, it can crush him or her; but you can help your child evolve past the hurt. Talk openly with your kids and ask them to tell you how they feel. Encourage them to stay positive and learn lessons from an unfortunate circumstance such as cyberbullying.

Hesitant about providing your kid with a cell phone? Yes, and rightfully so. Considering our society's digital dependency, we appreciate that cell phones are amazing tools that enhance how we function daily, and at any age. Provide your teen with a cell phone, and you're handing over a device that can basically symbolize a weapon used for emotional attacks, threats and torment — anywhere, anytime and beyond school walls.

According to Crackberry.com, a SodaHead survey revealed that 16 is the age when most teens should get a cell phone — an opinion shared by surveyed teenagers, mind you. Because cyberbullying typically occurs primarily through social networking and texting, kids who are cyberbullying victims learn what kind of power that having a smartphone can have. Kids will quickly learn how to handle the responsibility of engaging in digital communication, and may even willingly give up the device until they know they're mature enough.

Experiencing a cyberbully draws awareness to the severity of the social and technological epidemic. Teens can treat one another in devastating ways. It can cause adolescent depression and even suicide. Whether your tween is a bystander or victim, he or she can be a cyberbullying prevention advocate by exposing cyberbullying instances and giving a voice to the problem by supporting an environment that doesn't tolerate it. Together as a family, report threats and be relentless. As a victim of cyberbullying, a child most likely will understand how it emotionally scars and avoid ever cyberbullying him or herself.

Overcoming a cyerbullying situation as a family can strengthen a parent-child relationship. As a parent, you'll probably notice when your child's mood permanently changes, especially while using a cell phone or the computer. Your child may become withdrawn and avoidant. Eventually the issue of cyberbullying will surface through open communication. Dealing with and stopping cyberbullying as a team fosters trusting and honest relationships within the family. As parent and child, you'll also learn emotional and stress management that can strengthen familial bonds.