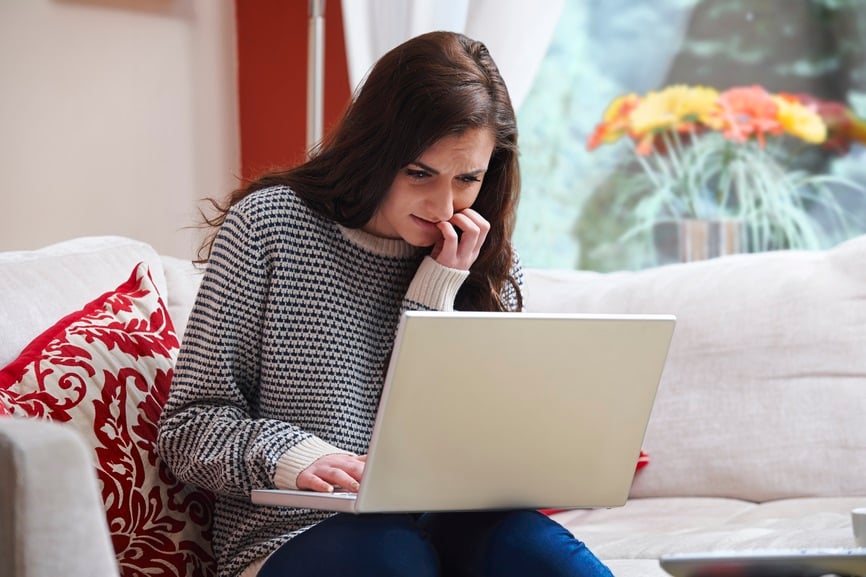 Cyberbullying continues to become the individual terrorism of the online world without any end in sight. With the U.K.'s National Society for the Prevention of Cruelty to Children recently citing some sobering statistics, you can also see how much of a worldwide problem cyberbullying has become. In the NSPCC figures, cyberbullies now target one out of every five children online.

Yet, many websites with open forums say they do their best to combat personal harassment. But in that above U.K. report, it was found that a Q&A site called Ask.fm continues to allow postings of personal threats on a horrific scale. Those posts continue despite the suicide of a British girl after anonymous comments on that same site incited her to drink poisonous bleach.

It's led to a call in boycotting the Ask.fm site until they do something about the threatening comments continuing to be posted there. And despite this being in the United Kingdom, the United States continues to see similar cyberbullying on Facebook, Twitter and other social media circles.

What would happen if everybody decided to boycott sites that allow this practice? Would it make any difference, or is it impossible for many websites to track down those who aim to victimize others under a pseudonym?

The Contradictions of Boycotts

Calls for boycotts have always been done in the United States with variable degrees of success. The least effective seem to be boycotts that target things in entertainment. Despite calls not to watch a particular TV show or not buy products that sponsor those shows, far too many renege on those promises and end up watching or buying those products anyway.

It's clear that social media is now the daily go-to entertainment choice for many members of the family. Any call to boycott places like Facebook or Twitter today would be like denying food or water to the world population.

This probably explains why there hasn't been superior methods in cracking down on cyberbullying on social media. If there was any thought people would avoid those sites in protest over cyberbullying, massive prevention tools would be put in place.

It shows that boycotting really isn't the answer to correcting cyberbullying on social media. The real problem is placing what's already there in context and getting teens to report abuse so it isn't ignored.

Inciting Teens to Call Out Abuse and Involvement of Parents

We already know that Twitter and Facebook take personal threats seriously and will take action if it's reported. Unfortunately, there may be far too many kids afraid to report it out of fear of repercussion, hence why reports of kids being bullied on social media never end. It gives impetus for parents to continually look in on what their kids are doing in the social media universe.

Here at uKnowKids, our popular app lets you monitor what your kids are doing on Facebook, Twitter and Instagram as well as text messages on their Android phones. When your kids become afraid of personal threats and boycotts are impossible, we ultimately let you become the protectors as we know you want to be.

Visit us and select a pricing plan for our app so you can take control of the cyberbullying problem that continually seems to be uncontrollable.