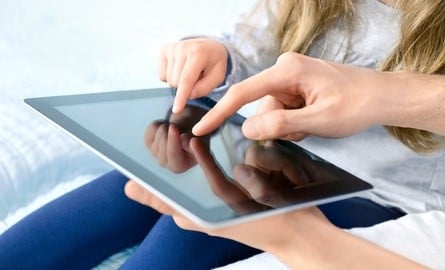 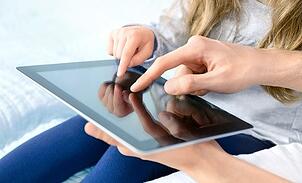 From the iPotty to The Smurfs 2, 2013 gave us some real stinkers. And attention-grabbing stories about cyberbullying and sexting seemed to dominate the news.

But for a lot of parents, the negative headlines don't track with their families' experience of technology. Many folks are seeing their kids learn, grow and benefit from innovations in the tech world.

Maybe it's all part of a rising trend in general positivity generated by sites like Upworthy and Do Something. Maybe parents are learning how to better manage their kids' media lives. And maybe -- just maybe -- kids who have grown up immersed in technology are smarter about the way the digital world should work. Whatever it is, we're excited about these surprisingly inspiring kids' tech trends for 2014.

1. Hacking is a cool kid's hobby. No longer a lonely bastion for nerds, computer programming is suddenly stylish -- and social. With programs such as Scratch, Gamestar Mechanic and Codecademy, young Zuckerbergs can get hands-on experience coding everything from animations to video games. Best of all, they can share their creations with others, forging dynamic networks of creativity and innovation.

2. Video games go prosocial. 2013 produced some of the most violent video games ever released, including Grand Theft Auto V and Call of Duty: Ghosts. But it was also the year prosocial games such as Re-Mission 2, Half the Sky Movement: The Game and Cool School: Where Peace Rules gained a foothold. By combining sophisticated gameplay, compelling story lines and teaching without preaching, video games that are actually good for kids are maturing into games kids really want to play.

3. Social networking grows up. The race for the killer app of 2014 is on, and you can bet it will combine kids' twin obsessions: sharing pictures (à la Instagram) and posing questions (à la Ask.fm). But with a public reeling from the security and privacy problems suffered in 2013 by newcomers like Snapchat, the next new thing will have to be something kids and parents can trust. With its motto of "Let's help each other," the forthcoming visual-query app, Jelly, seems to be a harbinger of good things.

4. Teachers get techy. Your kids probably already use sites such as Khan Academy and YouTube's Education Channel to supplement their learning. Now, a slew of new apps for teachers and students are quietly revolutionizing the classroom by not only teaching subjects but also improving the process of learning itself. Programs such as Mural.ly, Scoop.it and Inspiration Maps help kids create mind maps, make multimedia presentations and collaborate -- skills kids will need to succeed in the 21st century.

5. Alternative programming aimed at families. Tech-savvy families already enjoy streaming TV classics with their kids. In 2014, you can expect digital channels such as Amazon and Netflix to get more family-friendly, high-quality, full-length shows -- which translates to more cozy couch time with your kids, watching what you choose on your schedule, not the station's. Look for "Turbo FAST" on Netflix and "Creative Galaxy," "Annebots" and "Tumbleleaf" on Amazon.

6. Toys and video games morph. Kids love the melding of virtual and real-world action offered by video game/toy combos such as Skylanders, Disney Infinity and Cars 2 AppMATes. But the accessories required to play really add up. When these types of games are done well, they provide imaginative, creative, individualized game play that doesn't break the bank. One of the best in the genre, the crafting game Tearaway, is a great example we hope to see more of in 2014.

7. Empathy catches on. Cyberbullying experts agree that empathy is a critical skill in thwarting online cruelty. But it's something kids need to learn by doing. Video games let kids practice emotional understanding through a platform they love and are comfortable with. Learning through gaming is so effective that you can expect to see lots more digital tools designed to teach kids how other people feel in 2014.