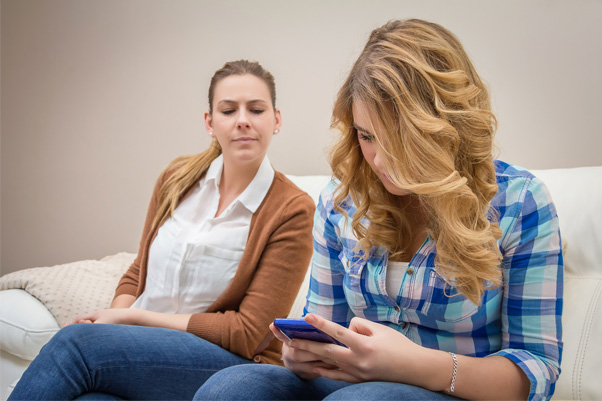 From catching your teen sexting, to finding out that they violated your phone contract, digital slip-ups are never fun to deal with. It is not surprising that teens and parents often experience power struggles over digital rules and privileges. Teens are often given such high responsibility with technology at such young ages, that it is natural that there are going to be some problems. Digital rule-breaking is still a relatively new avenue of parenting that requires specific attention and action.

Make the most out of these unpleasant situations by following these step-by-step guidelines. These guidelines provide parents with both a big picture and a detailed perspective on how to go about reacting to a digital slip-up. These tips are written by Toni Birdsong and were originally featured in McAfee's Blog Central article What Should the Consequences be for a Digital Slip-up.

Here are some steps to take when reacting to a teen digital slip-up:

As with all rights of passages, teens need to initially earn the privilege to use technology by following rules laid out by parents. Before providing teens and tweens with technology, it will be beneficial for you and your child to make the consequences of poor digital behaviors clear. You may want to discuss how you'll go about punishing them in the future if they make a digital slip-up (not answering a parent's call all night may equal one week without a phone, or texting while driving may mean that they'll be grounded for two weeks).

Toni's step highlighting the need for parents to cease shaming teens is particularly important. Although digital slip-ups can have more of a ripple of effects than some real-life mistakes, parents must treat the action for what it is: a mistake. Take these instances as opportunities to explain why these behaviors are wrong. Parents can view these digital slip-ups as learning experiences on their digital parenting journey.