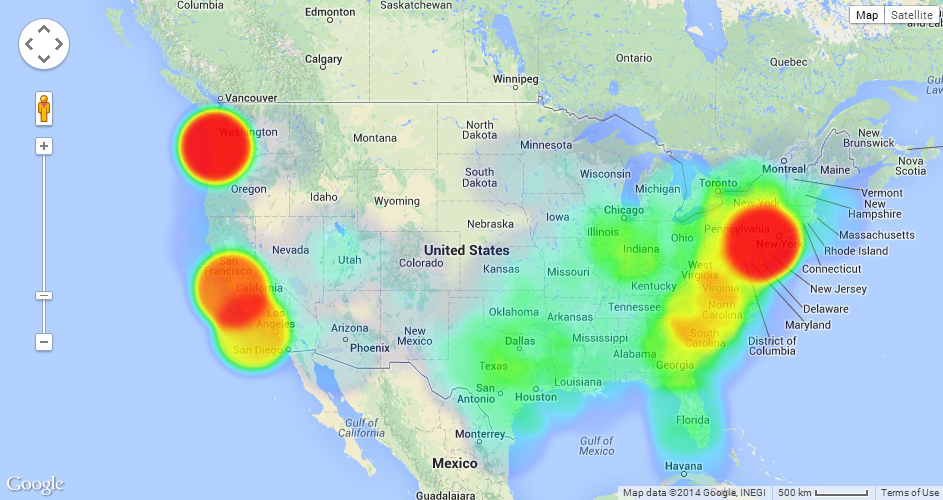 According to the Cyberbullying Research Center:

The Center has also found that victims of cyberbullying are nearly twice as likely to attempt suicide than youth who have not experienced cyberbullying.

The overwhelmingly widespread nature of online bullying, its potentially fatal consequences and the lack of control held by adults to stop this behaviour has made this an extremely difficult problem to solve. However, 13 year old Indian American teen Viraj Puri may have found the solution for this complex issue.

Puri runs Bullyvention, a blog which aims to end cyberbullying by bringing teens and ‘lawmakers’ together. It is the first site to have joined forces with the U.S. House of Representatives’ Congressional Anti-Bullying Caucus.

On January 10, Bullyvention issued a press release stating Puri’s desire to create the first and only live Social Media ‘Heatmap,’ scanning and analysing data from social media in order to visualise incidents of bullying in real time and create a Bullying Index for communities.

“Our goal is not only to “predict” the likelihood of the next bullying occurrence but see where it’s happening geographically, which begs the question ‘Why it is more of an epidemic in some areas of the country over others?’ New homeowners look into at the quality of schools, crime, jobs etc. when they are looking to move into a new area, parents should have an indicator as to how bullying is in each county, city and school district across the United States before they move into a new area. This will put more focus on quality of life and get lawmakers to address this very important issue.”

There are already ways to visualise social media data which is publicly available and geolocated, however, if Twitter and Facebook agree to help Puri gain access to more data his social media Heatmap will be more accurate. Puri says,

“We know we can do this, it’s just a matter of gaining access to the data, which would cost hundreds of thousands of dollars without help from Twitter and Facebook.”

Puri is currently working with Oleksandr Bondar, a coder at Vertalab, and Dr. Xiaojin ‘Jerry’ Zhu from the University of Wisconsin and Kalev Leetaru from Georgetown University.

Bullyvention’s Heatmap is still in its early beta-phase stages. Above is today’s heatmap, which has visualised incidents of geo-located social media data containing the keywords ‘bullying’, ‘cyberbullying’ or ‘bully’. The issue with this method is that not all tweets, and statuses containing these words are actual incidences of cyberbullying.

While Bullyvention’s Heatmap is still in its early stages, if Puri is successful in gaining access to more data and is able to secure the help of more data scientists, it has the potential to make the often overwhelming and intangible issue of cyberbullying more manageable and could lead to the prevention and solution of this high-risk behavior.

Keep an eye on Puri’s progress on the Bullyvention blog: http://www.bullyvention.com/