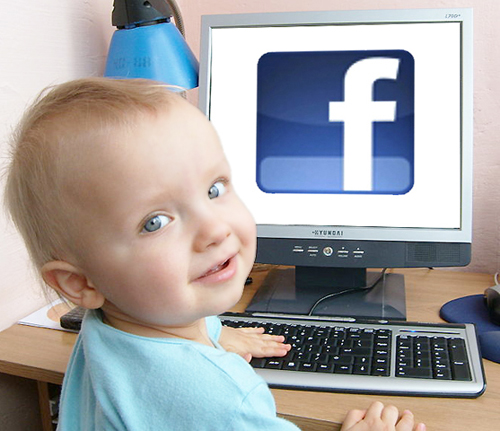 Facebook CEO Mark Zuckerburg told the public at an education summit in California last month that he wants to get rid of the requirement that Facebook users have to be at least 13 years of age. He says that Facebook for kids is an avenue for education that should not be denied children under 13.

Current legislation (the 1998 Children's Online Privacy Act, or COPPA) forbids sites like Facebook that collect information on its users to allow children under 13 to sign on. Of the COPPA legislation, Zuckerburg says, “That will be a fight we take on at some point.”

Of course, underage kids can and do get Facebook accounts simply by lying about their ages during the registration process. Some estimates place the number of under-13 Facebook users worldwide at 7.5 million.

Parents already complain that Facebook gives them very limited access to their own children's accounts, and worry that allowing even younger users on Facebook without strengthening parental controls is a recipe for disaster.

Many parents of preteens opt instead for social networking sites designed especially for children that give them more discretion over their kids' accounts – if they want to get their pre-pubescent children into social networking at all, that is.

So what does Mark Zuckerburg mean when he says he wants to lower the Facebook age minimum in the name of education? Of course there are educational Facebook apps, but “education” doesn't always mean book learning. He's likely referring to the hands-on experience of managing and exploring the social networking scene, as well as learning and practicing good digital citizenship.

Whether you agree or disagree with Zuckerburg about the benefits of opening up Facebook to users under 13, the important thing to remember is that teaching good online etiquette (as well as good old-fashioned real-world manners) doesn't begin the day your child sets up a Facebook account. He or she should already be learning and practicing responsible and safe ways to interact with others daily, both online and off.