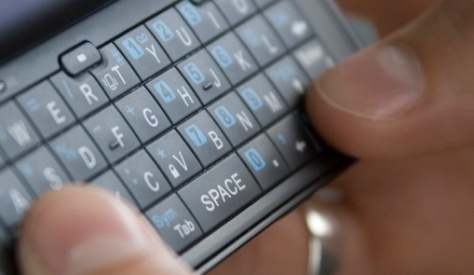 Texting or for some, sexting is how most kids communicate – it's easy, it's fast, it's convenient, and teens always have their phones with them – but sometimes it can go too far. You've heard of cyberbullying, but have you heard of cyberstalking and text harassment?

Statistics from the U.S. Justice Department reported in 2006 that 23% of stalkers used texting and email to harass their targets. And the kicker is that with texting the victim has to pay for it, sometimes as much as 15 cents a text. Ask your teen if they or their friends have ever been in a relationship where their significant other constantly texted them, almost to the point of harassment. You might be surprised.
Some teens complain that whenever they're apart, their boyfriend or girlfriend sends them frequent texts like “where u at?” and expects an immediate response each time. It may seem sweet at first, but in time begins to feel controlling and unwelcome. They may try to ignore the messages, but end up getting bombarded with more texts until they finally write back.

More often than not, text harassment by a significant other is just a case of a boyfriend with too much time on his hands or a girlfriend who doesn't realize her love of texting is crossing the line. It isn't always a sign of an abusive or controlling relationship – but it can be. As a parent you should be aware of your child's dating patterns as well as their texting habits.

Signs that your teen is involved in a problem relationship might include behavior changes, pulling away from family and friends, quitting activities they used to enjoy, low self-esteem, seeming afraid of their significant other, or appearing tense when their significant other is present or is the subject of conversation.

What should you do if you're concerned? Always address an abusive or controlling relationship first. Encourage your child to talk about it and if necessary, involve the other teen's parents, school officials, or law enforcement. If the relationship is harmless but you're worried about the sheer volume of texting then focus on that. Discuss the cost of texts and set limits together (and maybe make your child responsible for a larger share of the phone bill!)

Most importantly, give your child smart strategies for dealing with a boyfriend or girlfriend who makes them feel cyberstalked by texting them too much – now or in the future. Constant texting isn't always a sign of an abusive relationship, but it can still become a problem.