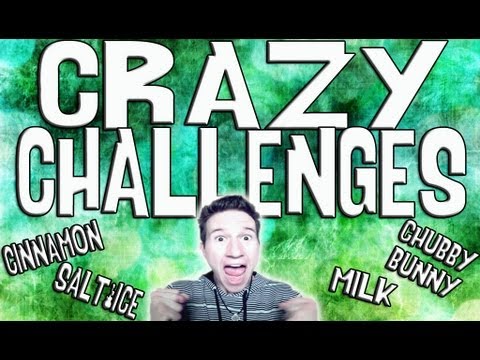 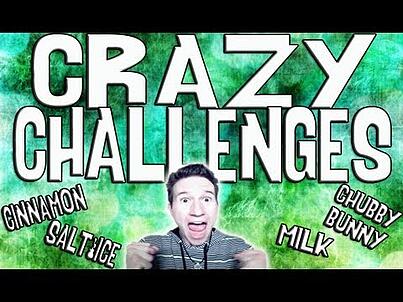 Internet, how I love thee: let me count the ways. I use it all the time, and my kids do, too. I don't even own a hard copy phone book or map anymore. My kids use it for their homework, entertainment, and I like that they can find how-to videos on just about anything. But about those videos...

The downside of video sharing sites (most notably, YouTube) and sometimes the Internet in general, is that they give kids ideas about not-so-smart stunts that they may end up trying on their own.

They're usually called “challenges.”Some of them are just... well, disgusting, like trying to drink a gallon of milk in an hour (you can probably guess what happens.) But some of them are truly dangerous:

Posting “challenge” videos to YouTube is a popular teen trend right now, but the general idea has been around for a long time. National estimates say that between 1995 and 2007, 82 children died playing “the choking game,” a fad largely fueled by the Internet.

Let's not forget the odd “planking” phenomenon – where you post a photo of yourself lying face-down in a weird place – of a few years ago. A 20-year-old actually fell to his death posing for a planking picture on a 7th floor balcony in Brisbane, Australia.

I'm not trying to suggest that the Internet is to blame for kids doing stupid things. I daresay that many of us stuck our tongues to a frozen flagpole on a dare at some point in our childhood, long before the Internet was around to egg us on.

It's just that YouTube challenges are particularly dangerous because they show a distorted picture of what really happens. In the videos, everybody is having fun. The teen taking the challenge is surrounded by friends who are laughing and having a great time, and the camera doesn't show the emergency room visit that may happen afterward.

Plus, anyone can put anything on YouTube, even if it's seriously dangerous. Kids are particularly prone to believe that if it's on the Internet, if they see other kids doing it, then it couldn't hurt them. But it's not true.

There's no possible way you could warn your children about every dangerous Internet challenge or fad out there. In fact, you probably shouldn't because it would just give them ideas. But you can keep your kids safe by teaching them to stop and think before participating.

Related Article: 5 Tips to Protect Your Children from Dangerous Games on Social Media