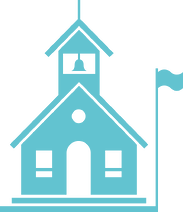 Cyberbullying has emerged as a new and pressing problem for schools and parents alike. The internet allows young people to participate in a world utterly removed from adult supervision: a world where bullying thrives and intimidation and harassment go unnoticed and unpunished by authority figures.

Cyberbullying can take many forms – all of which can be potentially devastating. Cybullies may use threats of physical violence to frighten a child but, more often, they will use intimidation to cow and torture a child. They may either threaten to or actually post derogatory information about a child on popular social networking sites, like Facebook or Twitter, and they may use mobile devices to keep in constant contact with their target.

Cyberbullying, regardless of the form it takes, can be exceptionally harmful. Children and young adults are very susceptible to the emotional damage bullying and cyberbullying can cause, and, as Sameer Hinduja, Ph.D. and Justin W. Patchin, Ph.D. argue in their paper “Cyberbullying and Suicide,” cyberbullying can make young adults significantly more likely to consider suicide. Hinduja and Patchin find that this particular kind of adolescent peer aggression makes its victims twice as likely to attempt suicide compared with those who have not experienced it.

Bullying and cyberbullying, which appear to have become more damaging as our information and communications technology has advanced, is clearly a serious problem. Parents are now looking to schools and educators to address it. Unfortunately, teachers have relatively little guidance about how best to deal with bullying and cyberbullying when they encounter it.

The Anti-Defamation League indicates that 44 states have bullying statutes on the books. While this may sound encouraging, the organization also found that less than half of these states provide explicit guidance about when it is appropriate for schools to intervene in cyberbullying situations. Teachers get even less guidance at the local level. Some states and schools prohibit off-campus cyberbullying; some, however, have yet to develop guidelines to help teachers address the issue.

Teachers may feel like they have relatively guidance and support when it comes to cyberbullying. They need to recognize that, even if online harassment takes place outside of the school, its effects are seen in the classroom. Cyberbullying can interfere with and be detrimental to a student’s education; in some particularly severe cases, it can prompt a child to withdraw from his/her studies and to fear school. Teachers have a responsibility to act.

Teachers need to take action against bullying and cyberbullying when they see it. They should teach their classes about cyberbullying, focusing particularly on its prevalence and its effects. Teachers need to make it clear to their students that cyberbullying is intolerable and unacceptable. They should also monitor computer use in their classrooms and promptly investigate any cyberbullying incidents. It’s important, however, that teachers do this privately. Publicly shaming a student and, conversing, publicly protecting victims may do nothing but make the problem worse for a victim of cyberbullying. Teachers also need to involve parents of both cyberbullies and their victims. Since so much cyberbullying happens outside of the classroom, it’s crucial that teachers enlist the aid of authority figures outside of the school environment.

More serious kinds of cyberbullying, especially those involving violence, extortion, and/or sexually explicit materials, need to be reported to the school’s administration.

There was a time when bullies could only harm children at school. They now have virtually limitless reach. Teachers may feel like they have little guidance about how to help victims of cyberbullying, but it’s their responsibility to act decisively to ensure that students are protected from it.