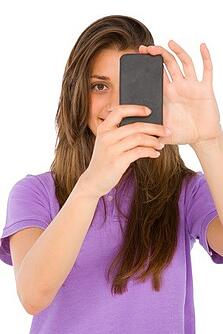 Keeping up to date with the evolution of social media can be a challenge for any parent, but familiarizing yourself with the latest trends is a vital part of digital parenting. Facebook, Twitter, and Instagram are the most popular social media outlets, but there are many less known apps that are gaining a large teen following. One app that is taking over social media is Snapchat. Snapchat, which is used largely by teens and young adults, allows its users to send pictures to their friends that self-destruct after they are viewed. Unfortunately, the promise of a picture disappearing is not entirely true. The person receiving the photo can choose to take a screenshot of it. Even though the sender is notified the screenshot was taken, once the recipient has acquired the photograph how they choose to use the image is out of the original senders hands.

With the allure of a picture vanishing once it is viewed, Snapchat has become an app that is widely used for taking photos of a sexual natures. While parents are aware of sexting by text message, they may not realize their teens have found a new way to send inappropriate images of themselves. Snapchat's advertising as a self-destructing photo app has created a false sense of security in teens and young adults. The reality that the receiver of the image can take a screenshot of the photo and use it any way they want without the senders consent is a consequence a teen may not fully comprehend.

While the threat of an image being passed around at a teen's school is horrifying and devastating, the worst case scenario can be much more damaging for the teen. Websites dedicated to sharing inappropriate Snapchat images have popped-up at an alarming rate. Pictures that teens thought would be deleted seconds after being viewed can now be seen by thousands of people.

How can a parent protect their teen from Snapchat as a tool for sexting? The simple answer would be don't allow them to use it. A Parental Intelligence System can alert you if any new apps are downloaded on your child's phone. However, misusing apps such as Snapchat is not the only danger that teens face in this digital age; which is why educating yourself and your child on the consequences of sexting can prove to be your greatest defense. By not talking to your teen, you are risking the chance of your child being exploited. A conversation about the unwanted exposure that will occur by sending inappropriate pictures to friends or classmates can help your child understand why sexting can leave them vulnerable to legal and emotional repercussions.

Do you know about sexting on Snapchat? Get the facts on Snapchat and tips on what to tell your teens from this infographic.