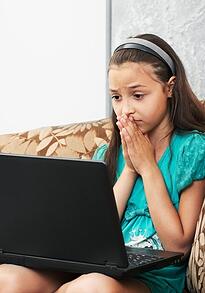 Check out this article on NoBullying.com about how Twitter provides a unique platform for bullying.

It seems that the bullying, harassment and abuse that occurs on the social networking platform Twitter, one of the most popular social networking platforms in the world that’s meant to bring people together, has sadly become a common occurrence – it’s expected. As bad as the abuse has been over the past several years, it also seems that it’s escalating these days with racism, bomb threats, sexual and violent threats against women, etc.

Twitter has had a system in place to reduce bullying and harassment, but it’s just not effective and doesn’t work. The current system in place allows users to fill out a “report abuse” form, but this clearly doesn’t work. We see the abuse every day on Twitter. You don’t have to look hard to find it, all you have to do is click on something that’s currently trending or receiving negative feedback in the news and you’ll see massive amounts of profanity, bullying and threats.

Twitter should be a safe place for its users to come together for the purpose of social networking, not a place where you have to deal with things like that on a regular basis, and Twitter is not the only social networking platform dealing with these issues. Abuse occurs all over the Internet, from the comments section on popular news sites to of course, Facebook.

Why It’s So Easy for People to Bully on Twitter

I’m sure people aren’t surprised by the fact that it’s so simple and easy to bully others on Twitter and elsewhere. Cyberbullies, also known as “trolls,” can easily create fake accounts to launch their bullying cyber-attacks against people they don’t like or disagree with. However, there are also many people who use their own personal accounts to be abusive to others, as well.

Those are the people that are easiest to deal with. The “trolls” are more difficult, because they can use false information to create accounts and if you delete an account of theirs for inappropriate behavior, they’re very likely to just create another fake account to continue right where they left off with their cyberbullying attacks. The good news is that people are become more aware of this phenomenon and are becoming more proactive in eliminating this online threat.

Quite frankly, people are fed up with it. It’s an ugly side of humanity that people just don’t want to see online. This type of behavior is not tolerated offline; therefore, it should not be tolerated online either. The Internet is still new to many of us, so dealing with these types of things is new, as well. Social networking sites need to make it more difficult for “trolls” to create accounts and to track them with the efforts of law enforcement when there are serious threats or harassment.

According to a study conducted by the University of Wisconsin-Madison back in 2011, at that time there were about 15,000 abusive tweets per hour, which equals 100,000 abusive tweets a week. That was two years ago… According to the Bureau of Justice Statistics, US Department of Health and Human Services,Cyberbullying Research Center, as of the year 2013, 52% of teens have reported being cyberbullied. Cyberbullying is far from being limited to teens and young people. In fact, cyberbullies come from all age groups. There are many adults out there who need to set a better example for the young people that now have access to the web, to show them that this is how you should behave online.

One of the most recent Twitter abuse stories to make the news was the Amanda Bynes story, although I don’t know if the world acknowledged the abuse that this young woman suffering from very serious mental illness endured, but it was witnessed by many that found it to be sad. On Twitter, she was deteriorating mentally and people just sat back watching and threw stones at her. Her abuse wasn’t limited to Twitter however, as she received abuse in countless online articles, as well.

One of the latest Twitter abuse stories has become a heated debate and people everywhere have vowed to shut Twitter down on August 4th, 2013 in an attempt to bring change to Twitter following the threats of violence towards women that sparked outrage among women from all over the world. Women and men alike are demanding that Twitter change things making it more difficult for cyberbullies to launch attacks and to report them if they do.

The story that sparked this shutting down of Twitter for 24 hours and an online petition with over 150,000 signatures so far is the story of Caroline Criado-Perez, a female freelance journalist who had campaigned successfully to add the Bank of England’s third non-royal woman, novelist Jane Austin, to its currency in 2017.

Twitter’s big boss Tony Wang has reportedly apologized to Caroline and other women involved in these allegations of abuse on the Twitter platform, which is being investigated by law enforcement with the arrest of two men so far. Tony Wang insists that the system Twitter has in place was meant to stop abuse on the site, but would like to bring change by including a “Report Abuse” button to tweets making it easier to report abuse from individual tweets.

This “Report Abuse” button that’s already available on Twitter’s iOS iPhone app and mobile site will be available sometime in September for Twitter’s website and for Android users.

Twitter has rules that it expects its users to abide by, but people realistically just don’t comply with these rules. When you happen to witness abuse on Twitter, try not to get involved directly because you will only make yourself a victim of the attacker. Instead, silently report the attacker(s) through Twitter’s report abuse form and sign the on-petition to bring change to Twitter with the addition of a “Report Abuse” button sooner rather than later.

The bottom line is this – never ignore abuse, even if you are not the one being directly abused. If you see anyone being abused, then be a voice and report the abuser. If enough people start standing up to cyberbullying, then hopefully one day we can put an end to it once and for all. People everywhere need to have zero tolerance when it comes to any type of bullying – period.