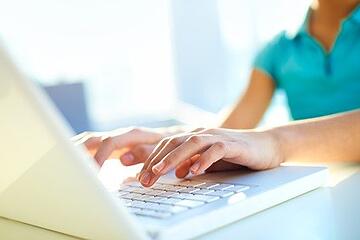 Check out this article written by Dan Tynan, and featured on Yahoo! Tech.

Despite its many flaws, Facebook is a pretty cool way to reconnect and stay in touch with long lost friends and relations. It’s also a relatively safe environment for teens to learn the ropes of digital citizenship – safer, at least, than many of the alternatives.

But parents often have the wrong idea about Facebook and social networks in general. In fact, they have two wrong ideas.

One is that you can prevent your kids from using Facebook if you really want to. If the kid wants to be on Facebook (or any other social network), they’re going to be on Facebook. Unless you lock them in a closet and/or shut off the electricity, they will find a way.

The other wrong idea is that you can let them go onto Facebook unsupervised. This is how they get into trouble. Just as you wouldn’t hand a 13 year old your car keys and send him to the supermarket, you shouldn’t let your young teens roam freely on any social network. You need to be right there with them, whether they like it or not (and trust me, they usually don’t).

A better approach is to be aware of the dangers and teach your teens how to navigate around them. Here are the three biggest threats to your kids on social networks and how you can fix them.

Cyberbullies. The news is filled with heartbreaking stories about kids driven to suicide after being harassed on social networks. According to the Center for Innovative Public Health Research, about one out of five teenagers report being bullied online — or roughly half as many as those who are bullied in person. Even if you are friends with your kids on Facebook and other networks (and you should be), you may never see the harassment take place – most of it happens via private message or texting.

The fix: There are no easy solutions for this; the only thing you can do is be aware of the warning signs and talk to your kids about bullying. Last November, Facebook introduced a “bullying prevention hub”designed to help kids who are victims of this. ConnectSafely also offers a number of tips on how to respond to bullies, both on and offline.

Stalkers and other strangers. Thanks to social networks, your kids are never more than a click away from some random creep. A recent survey by McAfee reveals one out of four teenage girls admits to chatting online with total strangers, and 12 percent of them have met up with someone they first spoke to online. And while the actual number of online predators is infinitesimal relative to Facebook’s 1.3 billion users, nobody wants their kids to be the unlucky part of that statistic.

The fix: Keep a close eye on any new friends your child seems to be making online, especially adults you don’t know or teens whose accounts seem a little off. Make sure your kids reveal as little personal information as they can – particularly their names and locations – and use Facebook’s privacy settings to ensure only friends or subsets of friends can see what they post. Most important, never let them meet someone they’ve only talked to online without you (and a trained attack dog) in tow.

Themselves. When it comes to sharing the wrong things online, teens are their own worst enemies. (The same also holds true for adults.) Photos of your kids giving the drunk one-finger salute or obscenity-laced comments intended only for their friends invariably find a wider audience. For example, last year nearly a third of all admissions officers checked college applicants’ Facebook accounts, per a survey by Kaplan Test Prep; 30 percent of the time they found something that negatively affected the applicant’s chances.

The fix: The granny rule applies here: Teach your kids never to post anything they’d be ashamed to show their grandparents. Use Facebook’s privacy settings to hide previous posts they should be ashamed of, even if they’re not, and to limit the audience for future posts. Even then, it’s pretty easy for one of their friends to download a copy and share it with the world, or upload their own incriminating images and tag your kids’ names in them. If the damage is beyond repair, your teens may need to change their Facebook user names to something other than their legal names, or even delete their accounts.