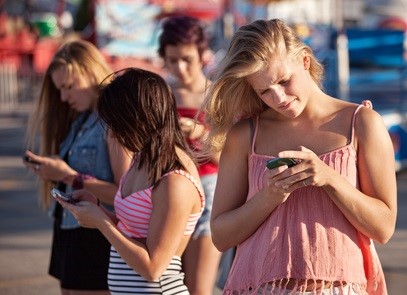 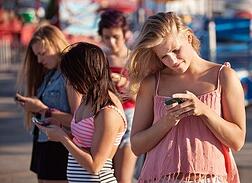 The following is a great article from the New York Times about social media and the impact it can have on your child's academic future. If you are interested in this topic, please join us for a Twitter party at 1pm EDT today to discuss this important issue. Learn more here.

At Bowdoin College in Brunswick, Me., admissions officers are still talking about the high school senior who attended a campus information session last year for prospective students. Throughout the presentation, she apparently posted disparaging tweets about her fellow attendees, repeatedly using a common expletive.

Perhaps she hadn’t realized that colleges keep track of their social media mentions.

“It was incredibly unusual and foolish of her to do that,” Scott A. Meiklejohn, Bowdoin’s dean of admissions and financial aid, told me last week. The college ultimately denied the student admission, he said, because her academic record wasn’t competitive. But had her credentials been better, those indiscreet posts could have scuttled her chances.

“We would have wondered about the judgment of someone who spends their time on their mobile phone and makes such awful remarks,” Mr. Meiklejohn said.

As certain high school seniors work meticulously this month to finish their early applications to colleges, some may not realize that comments they casually make online could negatively affect their prospects. In fact, new research from Kaplan Test Prep, the service owned by the Washington Post Company, suggests that online scrutiny of college hopefuls is growing.

Of 381 college admissions officers who answered a Kaplan telephone questionnaire this year, 31 percent said they had visited an applicant’s Facebook or other personal social media page to learn more about them — a five-percentage-point increase from last year. More crucially for those trying to get into college, 30 percent of the admissions officers said they had discovered information online that had negatively affected an applicant’s prospects.

“Students’ social media and digital footprint can sometimes play a role in the admissions process,” says Christine Brown, the executive director of K-12 and college prep programs at Kaplan Test Prep. “It’s something that is becoming more ubiquitous and less looked down upon.”

In the business realm, employers now vet the online reputations of job candidates as a matter of course. Given the impulsiveness of typical teenagers, however — not to mention the already fraught nature of college acceptances and rejections — the idea that admissions officers would covertly nose around the social media posts of prospective students seems more chilling.

There is some reason for concern. Ms. Brown says that most colleges don’t have formal policies about admissions officers supplementing students’ files with their own online research. If colleges find seemingly troubling material online, they may not necessarily notify the applicants involved.

“To me, it’s a huge problem,” said Bradley S. Shear, a lawyer specializing in social media law. For one thing, Mr. Shear told me, colleges might erroneously identify the account of a person with the same name as a prospective student — or even mistake an impostor’s account — as belonging to the applicant, potentially leading to unfair treatment. “Often,” he added, “false and misleading content online is taken as fact.”

These kinds of concerns prompted me last week to email 20 colleges and universities — small and large, private and public, East Coast and West Coast — to ask about their practices. Then I called admissions officials at 10 schools who agreed to interviews.

Each official told me that it was not routine practice at his or her institution for admissions officers to use Google searches on applicants or to peruse their social media posts. Most said their school received so many applications to review — with essays, recommendations and, often, supplemental portfolios — that staff members wouldn’t be able to do extra research online. A few also felt that online investigations might lead to unfair or inconsistent treatment.

“As students’ use of social media is growing, there’s a whole variety of ways that college admissions officers can use it,” Beth A. Wiser, the director of admissions at the University of Vermont, told me. “We have chosen to not use it as part of the process in making admissions decisions.”

“Last year, we watched some animation videos and we followed media stories about an applicant who was involved in a political cause,” says Will Hummel, an admissions officer at Pomona College in Claremont, Calif. But those were rare instances, he says, and the supplemental material didn’t significantly affect the students’ admissions prospects.

Admissions officials also said they had occasionally rejected applicants, or revoked their acceptances, because of online materials. Often, these officials said, a college may learn about a potential problem from an outside source, such as a high school counselor or a graduate, prompting it to look into the matter

Last year, an undergraduate at Pitzer College in Claremont, Calif., who had befriended a prospective student on Facebook, notified the admissions office because he noticed that the applicant had posted offensive comments about one of his high school teachers.

“We thought, this is not the kind of person we want in our community,” Angel B. Perez, Pitzer’s dean of admission and financial aid, told me. With about 4,200 applications annually for a first-year class of 250 students, the school can afford to be selective. “We didn’t admit the student,” Mr. Perez said.

But colleges vary in their transparency. While Pitzer doesn’t contact students if their social media activities precluded admission to the school, Colgate University does notify students if they are eliminated from the applicant pool for any reason other than being uncompetitive candidates.

“We should be transparent with applicants,” says Gary L. Ross, Colgate’s dean of admission. He once called a student, to whom Colgate had already offered acceptance, to check whether an alcohol-related incident that was reported online was indeed true. (It was, and Colgate rescinded the offer of admission.)

“We will always ask if there is something we didn’t understand,” Mr. Ross said.

In an effort to help high school students avoid self-sabotage online, guidance counselors are tutoring them in scrubbing their digital identities. At Brookline High School in Massachusetts, juniors are taught to delete alcohol-related posts or photographs and to create socially acceptable email addresses. One junior’s original email address was “bleedingjesus,” said Lenny Libenzon, the school’s guidance department chairman. That changed.

Likewise, high school students seem to be growing more shrewd, changing their searchable names on Facebook or untagging themselves in pictures to obscure their digital footprints during the college admission process.

For their part, high school seniors say that sanitizing social media accounts doesn’t seem qualitatively different than the efforts they already make to present the most appealing versions of themselves to colleges. While Megan Heck, 17, a senior at East Lansing High School in Michigan, told me that she was not amending any of her posts as she applied early to colleges this month, many of her peers around the country were.

“If you’ve got stuff online you don’t want colleges to see,” Ms. Heck said, “deleting it is kind of like joining two more clubs senior year to list on your application to try to make you seem more like the person they want at their schools.”