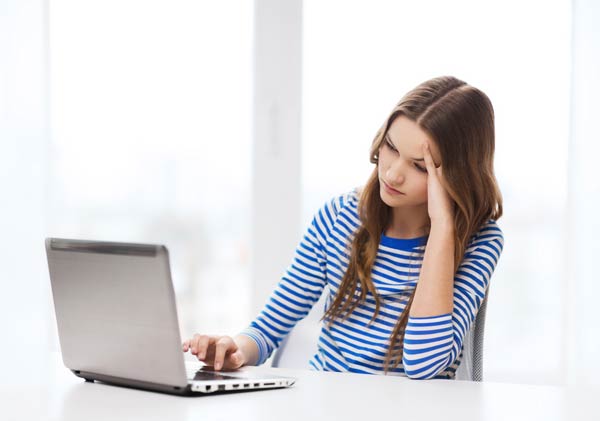 Yesterday we posted an article about how kids, teens, and young adults typically have high numbers of Facebook friends, yet most don't have actual, one-on-one interactions with more than 3% of their "friends". Do follower and friend counts among social media profiles serve more as a self-esteem boost and status symbol than as an actual indication of one's popularity? What do social media sites actually do for teens' and kids' self-esteem?

In the past few years, you may have heard one or two conflicting studies reported on the subject of social media's impact on self-esteem. A variety of research centers and psychologists have come to a multitude of conclusions on the matter. Since social media is still relatively new, it is difficult to find a concise answer about the direct implications of social media. Here is a brief synopsis of released studies on the subject:

The one thing that many studies agree on is that self-esteem is affected by how social media sites are used. Most studies conclude that excessive time spent on social media can lead to low self-esteem, but that the way social media used is more of an accurate measurement. It seems that those who use Facebook and social media for the purpose of updating their own profiles are better off than those who spend hours scrolling through their feeds ("passive following").

We'll have to wait for more definitive studies testing both the quality and quantity of social media effects on teens' self-esteem to learn more comprehensively on the matter. You may have noticed that most of these studies only tested Facebook as their social media channel. This is most likely due to the novelty of social media studies, as Facebook is one of the oldest social media sites that is still being used today by millions. It will be interesting to see what researchers conclude about the impacts that other social media sites may have on self-esteem, since each site employs users to perform different social activities.

What parents can do:

Attend our Teens, Tech & Health Twitter Party this Wednesday, May 28th, from 1-2 PM EDT to continue the discussion and share your thoughts about social media and self-esteem! Learn more and RSVP here.