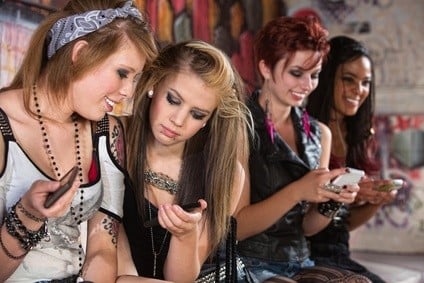 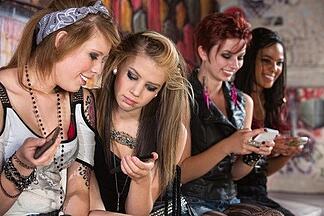 Is your teen active on Twitter? If so, it's probably a great idea to show this blog post to your high school teen or tween.

20 students at an Oregon High School were suspended earlier this month for retweeting allegations about a female teacher flirting with students. According to the Huffington Post article below, administrators at the school say retweeting the post amounted to a form of cyberbullying, and that the students’ behavior violated the district student handbook, which defines cyberbullying as the "use of any electronic communication device to harass, intimidate or bully."

What do you think of this punishment? Is retweeting a defamatory tweet grounds for suspension? Do you think retweeting is akin to cyberbullying in situations like this? Let us know what you think in the comments and check out the original article below.

Around 20 students reportedly were suspended from McKay High School in Salem earlier this month, after they retweeted a piece of gossip about one of the school’s teachers.

According to Oregon outlet the Statesman Journal, the students retweeted a post from an anonymous, local gossip account called Salem Confessions. The Feb. 11 post alleged that one of McKay's female teachers flirts with her students, and it mentioned the name of the teacher’s son.

Administrators at the school say retweeting the post amounted to a form of cyberbullying, and that the students’ behavior violated the district student handbook, which defines cyberbullying as the “use of any electronic communication device to harass, intimidate or bully.” The handbook also says that “communication of this form which occurs off school grounds but disrupts or prevents a safe and positive educational or working environment may also be considered cyberbullying.”

Still, parents and students involved say the punishment is an overreaction. Parent Patty Davis told local outlet KPTV that while she thinks her daughter should have been disciplined for the retweet, suspension goes too far.

"I think it needed to be a learning experience for them," said Davis. "I think the school should have got them together after school or Saturday school, something that wasn't so strict as far as the suspension thing that goes on their permanent record."

Student Tim Gorley admitted he had not put much thought into the action that got him suspended.

“It’s not even that bad of a tweet, like it was like nothing,” Gormley told local outlet KOIN-TV. “I didn’t even think about it when I retweeted it. I just saw it and retweeted it.”

McKay Principal Sara LeRoy told the Statesman Journal: “It’s essential for us to have a safe and orderly learning environment. … Those kinds of behaviors aren’t tolerated.” She would not elaborate on the length of the suspensions.

On Friday, the American Civil Liberties Union wrote a letter to the district, condemning the suspensions and saying they should be expunged from the students’ records.

“In discipling those students because of their off-campus expressive activity, McKay High School officials have infringed on the students’ rights to free speech under ... the First Amendment of the United States Constitution,” wrote the ACLU, per KOIN.