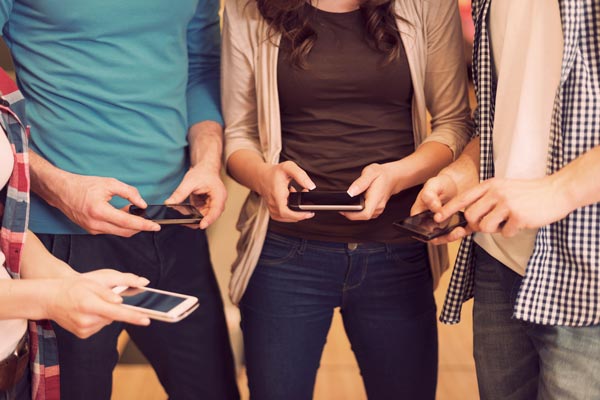 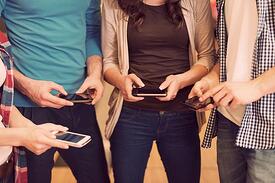 Although underage sex is an uncomfortable topic to broach, the truth is that plenty of teenagers are “hooking up”. This term refers to having "no strings attached sexual activity" with a partner. Many sociologists argue that the hooking up trend is part of a larger societal movement toward obtaining immediate gratification.

While most parents will argue that it is unacceptable for teens to be having sex, some have accepted it as inevitable. Yet this doesn't mean that the teens should be engaging in sexual activities with people that they hardly know. Herein lies the underlying problem with hooking up.

Today's teens often speak of “friends with benefits”. This is a term that refers to two people engage in sexual intercourse or sexual activity without passing through typical courting rituals or even becoming boyfriend and girlfriend. Research conducted by Students Against Destructive Decisions shows that almost one in four sixth-graders and one in three seventh-graders have engaged in sexual behavior. More than three in four twelfth-graders report the same.  Simply put, teens are jumping to dessert without eating their appetizer and main course. Instead of going out on a series of dates and getting to know the other person, they find someone who they deem to be attractive and engage in sexual acts. It takes less work than developing a meaningful relationship with a potential love interest.

Why are teens so willing to hook up at such an early age? Teens think that most of their peers are doing it. Fifteen-year-old Kevin had oral sex with a girl he hardly knew because, “I thought everyone else had done it.” A large part of the problem is that the media bombards young people with sexually provocative images. Magazines, television programs, music and the Internet have succeeded in objectifying women and teenage boys are brainwashed to treat them as such.

When a variety of media sources use scantily clad women and sexually provocative material to sell products and draw in viewership, it devalues the act of sex. Since tweens and teens spend a good chunk of their free time consuming media, they become socialized to think of sexual activity as normative. When teens fail to obtain sex, they start to think that they are abnormal. “If you watch TV, you just assume everyone is having sex.” Fourteen-year-old Bridget concurs. Thirteen year-old Bryan says, “I just want to do it all at once and get it over with.”

Today's technology makes hooking up easier than ever. Almost every teen has a cell phone that allows him to instantly contact others. Teens tend to say things online and through text messages that they would be too bashful to say in person. It's easier to type in a sexually provocative message than it is to say it out loud. This electronic bravado has put innumerable teens on the fast track to hooking up.

The fact that cell phones can transmit images and videos has opened the door for sexting. Sexting refers to the transmission of sexually provocative words, images and video through cell phones. Sexting serves to stimulate the receiving party and often breaks down any remaining sexual barriers.

Research conducted by the University of Texas Medical Branch shows that 28% of teens admitted to having sent a sext and 76.2% of teens who were propositioned to sext admitted to having had sexual intercourse. Drexel University surveyed 200 teenage students and found that more than half of their subjects admitted to sending sexts when they were still minors. The mean age participants received their first sext fell just shy of 16. It is clear that technology is enabling the cultural push towards immediate gratification and the rapid rise in teenage sexual activity.

Teens are also using a new dating app, Tinder, at a high clip. While Tinder's creators state that their software is designed to facilitate relationships, plenty of teens are using it to match up with others for sexual relations. An anonymous 16 year old states, “Every person I know who has used Tinder has been asked for sex,”. Another teen says she joined Tinder when she was 17 and was “always” asked for sex via the app. “A lot of teenagers use Tinder as a way to get sex,” the now 18-year old said.

Tinder allows anyone over the age of 13 to sign up for the service. Tinder representatives claim that only 7% of their user base is between 13 and 17 years of age and these users can only connect with people in their own age range. Yet there is nothing to stop teens from lying about their age and using the app to hook up with older Tinder users.

Make sure your tweens and teens aren't making the mistakes of falling into the "hooking up" trend. Although awkward, it is necessary to firstly approach your tweens and teens with a discussion about sex. Explain to them that sexual activity can lead to a myriad of physical and emotional consequences and that they should never give into peer pressure or pressure from someone else regarding sex. Keep your sex discussion an on-going, open dialogue and let your teens know that they can approach you about any pressures they're feeling. Parents can arm themselves with uKnowKids to oversee the texting activities of teens to ensure that they aren't making this mistake.