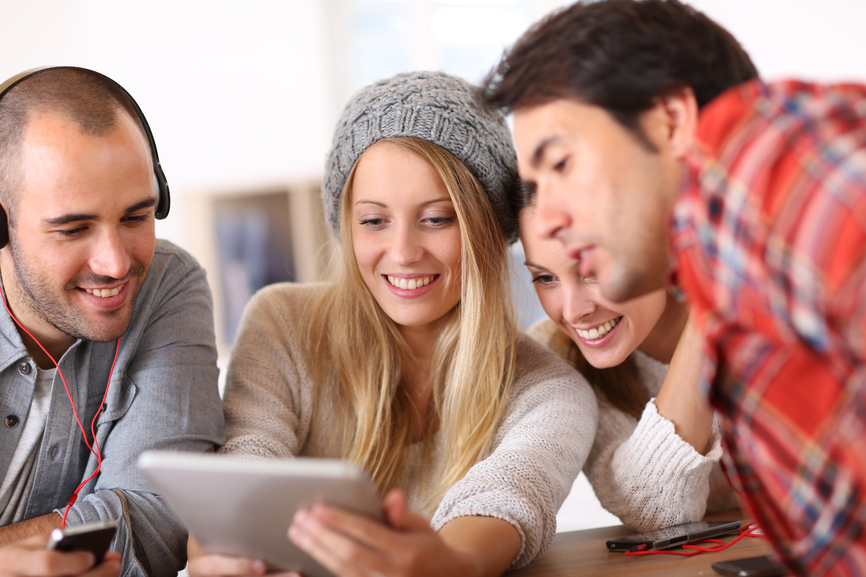 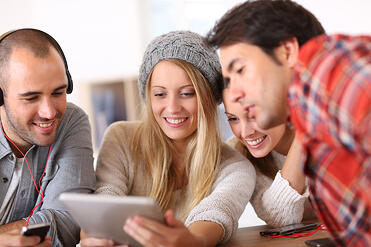 This article was originally published on the Huffington Post by Elizabeth Perle.

As the editor of HuffPost Teen, I spend a good part of my day talking to Snapchat-sending, Facebook-hating, selfie-taking, iPhone-obsessed teens that many adults love to judge. I also talk to their parents.

This week, I received a fairly typical email from the concerned mom of one of our bloggers asking questions like: Is having an Internet profile safe? How many people will see it? Will strangers try to communicate with my kid? What about online predators?

The note surprised me, however, because of who her teen is: a prolific writer with a huge social media following. (To protect the teen's privacy I am not identifying them by gender.) Though the teen uses the name of a fictional character across social accounts, they use a real photo and regularly share personal anecdotes with an audience of thousands. Given the mom's questions, I assume she has no idea her kid has such an active, public presence.

It's not unusual for teens to be deeply involved in large, online communities that their families know nothing about, and this makes me sad. I want all parents to know how amazing, eloquent and popular their teenagers are in a world they're often too scared to be a part of.

But I'm not writing this article to convince that one mom to face her fears and get on Instagram. I'm writing it because she is part of a chorus of adult voices -- online and off -- who seem frightened by teenagers' daily use of technology, in its various forms. I'm writing this article because I see too many parents willfully alienate themselves from teens due to fear-mongering, technophobic myths that inundate them in mainstream media.

Here are a few of the misconceptions about teens, technology and the Internet I see come up again and again in articles and in my own conversations with "experts" -- and all the reasons why parents should not believe them.

1. "Teens are addicted to technology."

Most of the time, when I hear this, it's referring to teenagers' constant need to be online. But here's the thing: the Internet is not (just) technology -- it's people. Teens are obsessively engaging with friends, not screens. Youth researcher danah boyd discusses this idea in her insightful new book, It's Complicated. "Teens aren't addicted to social media," she says. "They're addicted to each other." boyd also points to teens' increasingly monitored and over-scheduled lives, which may have resulted in childhoods that had less in-person connection than previous generations. Meaning: Teens are not developing strange, worrisome relationships with technology. They just want to hang out with their friends, and behind a screen is their easiest -- or sometimes only -- option.

2. "All their 'text-speak' is making them stupid."

In fact, the opposite is happening: their reading and writing skills are being strengthened by the hundreds of "textisms" (OMG LOL SMH) they are sending every day. Studies show that teens' obsession with texting and tweeting is actually improving literacy rates, because they are spending so much time creating and responding to words. Who would want to discourage young people from engaging with something that's making them read even more -- and by choice?

3. "The Internet is giving teens a two-second attention span."

Here's what the Internet is actually doing: making them less passive. Teens are interacting with their entertainment directly, consuming communally using social media, producing alternative narratives and content and interrogating their media. They are engaging so deeply with stories and ideas that they are forming their own online communities around them, and even creating their own, unique dialects. This is far from "thrill-of-the-moment" interactions with technology; it's persistent, obsessive engagement with information.

4. "The more time teens spend behind screens, the more antisocial they become."

Communicating online is an important part of most adults' daily personal and work lives. Having strong online social skills will continue to be similarly -- if not more -- important for this generation of teens as they grow up. It troubles me to see adults dismiss online communication as less meaningful or worthy of our attention, and to read articles encouraging parents to limit or ban their teen's access to technology in the name of "healthier" relationships. Ask yourself this: Would you be worried if one of your close friends stopped communicating with you for a few weeks? When parents prohibit screen time, their teen is often cut off from peers in a similar way. If parents want to help teens develop rich, healthy relationships as adults, they need to teach them complete social etiquette -- which means acknowledging the importance of both their online and offline friendships.

Admittedly, this is a complicated topic that warrants its own separate article, but let me just say this: most teens grew up using social media, and because of this they understand extraordinarily well how to be private in a very public space. On Twitter, for example, many HuffPost Teen bloggers have joint handles with friends using made-up names, they "subtweet" each other using coded personal messages... the list of their creative, privacy-conscious communication strategies goes on and on. Sidneyeve Matrix, associate professor of media at Queen's University in Ontario, echoed this idea when she spoke to The Toronto Star about millennials and online privacy this week:

Over the past three years, the amazingly loud message from my students is that young people are very conscious of their privacy... They understand data privacy; they partition all their uses of social networks. Some are for professional, some are for personal and some are for school, some are for friends only.

Just because teens are trying to help shape public culture doesn't mean that they want their dirty laundry exposed. The notion that today's youth don't care about privacy is foolish. Sure, there are some teenagers who are exhibitionists, just as there are some adults who are. But most teens are very conscious about privacy, just as they're very conscious about their public self-expressions.

In my eyes, it's careless of parents to create rules around online privacy if they do not understand how social media platforms work. From the parent perspective, HuffPost's Lisa Belkin, wrote about why not "getting it" isn't an option.

Don't do it because you have specific fears that your daughter has fallen down the Tumblr rabbit hole looking for "thinspiration." Do it so that if you ever have those fears you won't dismiss them because you don't know where to begin to look. Parenting is about leading and teaching them, yes. But sometimes we help them most when we learn, and follow.

So, parents: don't be frightened by your teen's love for technology. Let them teach you how and why they're using it -- and maybe you'll get a glimpse into the engaged, energetic and complex teenage online world I have the privilege of seeing every day.