This original article was posted by Pat Etheridge , Special to CNN.com:

Many teens learn the hard way that once they hit "send," there is no such thing as an "erase" button.

Now, the nation's top pediatric organization is mobilizing efforts around their well-being.

"As pediatricians who are trying to help children behave in ways that keep them healthy and safe, we have to pay a lot of attention to what's happening in social media," said Dr. David Hill, chairman-elect of the American Academy of Pediatrics' council on communications and media.

The council led a panel called "Social Media: The Good, the Bad and the Ugly," at the group's annual conference last month in New Orleans. The goal of the presentation: getting pediatricians current on issues to discuss with young patients during regular wellness checkups.

The American Academy of Pediatrics established the council in 2007 with the recognition that growing media platforms touch on virtually every health concern pediatricians have about young people: aggression, sex, drugs, obesity, self-image and eating disorders, depression and suicide -- even learning disorders and academic achievement.

"This is an uncontrolled experiment we're running right now," Hill said. "How does the human organism -- particularly the developing brain -- adapt to this kind of input? These are questions we are tackling."

The average teenager sends an astonishing 3,400 texts a month: more than 100 a day, according to estimates from a 2010 Neilsen survey. Many learn the hard way that once they hit "send," there is no such thing as an "erase" button.

The American Academy of Pediatrics encourages parents to monitor their children closely early on. "In early adolescence, it's fair to say at any given moment, 'I can look at your computer; I can look at your phone,' " Hill said.

Recently, I had to make a tough call as a mother: I insisted that my 14-year-old daughter temporarily shut down her Facebook account.

It happened just a few weeks into the new school year. A series of stressful social media interactions erupted in an exceptionally close-knit class. There were inappropriate posts, thought to be private. Not so; students suddenly were caught up in hurtful chats they would soon regret.

Her school, the Atlanta International School, was proactive in its response, counseling students and offering a series of digital information sessions for parents.

"Our guidance is to apply the Golden Rule. If you wouldn't say it to someone's face, forget about sending it via text, Skype or Facebook," said Jeff Holcomb, head of the upper school at Atlanta International. 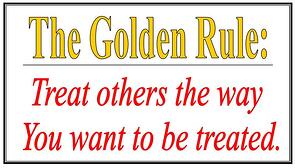 What surprised me most when I had to play "bad cop" was that my daughter seemed relieved, possibly because I told her she could blame me.

"That points out one of the key tools to parenting a teenager. It's refreshing how often teenagers will say, 'You know what, I didn't know how to get out of it and save face,' " said Hill, also the author of "Dad to Dad: Parenting Like a Pro."

"Teens actually want and need limits on their behavior. They need to know you are dedicated to keeping them safe and looking out for them."

That helps chart the course for older teenagers who inevitably balk at parental oversight. When the time comes to step back, keep open lines of communication and emphasize the positives of technology use.

"Sit down and watch their favorite show; have them show you the websites they are interested in. You might be surprised at how much your teen welcomes your attention -- and how much you'll learn about what's going on in your child's brain by sharing some of that time," Hill advised.

Being a good digital role model is a part of being a good parent. But all too often, it is the grownups making the missteps.

"If you text or check your e-mail while driving, if you bring your cell phone to the dinner table or leave the TV on in the background, you are not demonstrating the sorts of behaviors that you would want your children to display," Hill said.

Pediatricians also counsel parents to watch for teachable moments in the headlines. "I think this is a great opportunity with your teen to say, 'Be cautious about what you put online, in an e-mail or a text. There is the possibility that it will live forever -- and be passed much farther than you had hoped,' " offered Hill.

A growing number of college recruiters review young applicants' Facebook pages as part of a highly selective admissions process. Otherwise well-qualified students sometimes are rejected for reckless posts on sex or substance abuse. While applicants might bristle at the prospect, university officials do not view the checks as an invasion of privacy.

"If I post anything inappropriate, borderline or even just having fun, that could potentially put me in a position where I might not be admitted," said Atlanta International high school senior Olivia Soultz, who is applying to more than a dozen colleges. "Ten years ago, you couldn't look at a student's Facebook page and know what they look like or how they spend their time outside of school."

"Here's what I tell my teenage daughters about privacy," remarked Hill: "Quoting a line from the movie 'Princess Bride,' 'I don't think that word means what you think it means.' "

About six weeks after going digitally dark, my daughter quietly reactivated her Facebook account with newfound self-restraint. She has discovered on her own that discretion is the better part of valor.