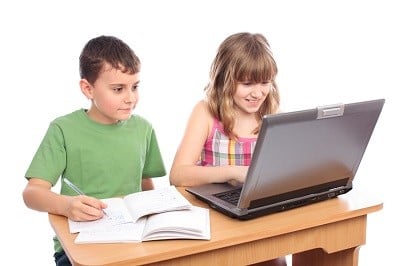 No one wants to see their child being bullied. As bullying becomes more and more prevalent in the media, it has become obvious that bullying no longer just takes on the "Steal your lunch money" tactics of past generations.

Cyberbullying is, in many ways, more intense than in-person bullying. Cyberbullying acutely targets a child's insecurities, making the emotional and psychological bruises far more permanent than the traditional punch or swirly. Cyberbullying allows bullies to feel anonymous, freeing them up to say harsher, more pervasive things than they might say in person. Cyberbullies generally face fewer consequences- unlike in a traditional school context, there are no adults monitoring for signs of abuse on a regular basis, so unless a parent, guardian, or school official is tipped off to the problem, it can go unpunished for a substantial amount of time.

The biggest difference between online attacks and the tactics of bullies in the past is that it does not go away. Cyberbullies seem inescapable to victims because the bullies can access them 24/7- at home, in school, anywhere the victim can access the internet from. Many lawmakers are coming up with new ways to punish or prevent cyberbullying, but the most effective thing for parents, guardians, and teachers to handle this trend is to know what to look out for. Here are the ten most often used tactics to watch out for if you suspect someone is bullying your child online.

Do you know if your child is being cyberbullied? Find out now with a free uKnowKids Subscription