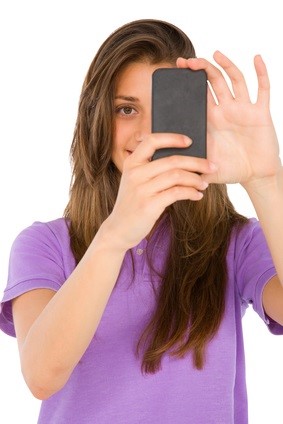 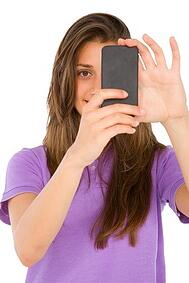 Here is some great information about current laws in US states in regard to sexting from the blog at Lawyers.com.

States continue to outlaw sexting by teens – to each other or to adults – even as it grows more popular among them.

The Problem of Permanence

Guam and at least 20 states since 2009 have enacted bills that address sexting among minors,according to the National Conference on State Legislatures. Bills or resolutions criminalizing minors’ sending sexually explicit photos by cell phone were introduced in at least 13 states in 2012. Four states — Hawaii, New York, Pennsylvania and South Dakota — enacted legislation.

Police are handling more cases involving teen sexting, according to USA Today — in part because parents are growing wiser to the trend and are calling on the police for help.

While Snapchat automatically deletes videos from the server after they’re seen, nothing prevents recipients from taking a screen shot and saving it – and sharing it.

As a police sergeant in Alabama who researches such cases said, more and more teen sexters are being caught with sexually explicit material on their smart phones. “We tell them that once they take a picture and they send it to someone, that picture will be there the rest of their life because that person will send it to someone else,” he told USA Today.

Sexting of course is not restricted to teens. Adults do it, too. But it’s only illegal between an adult and a teen, or between teens. “Our constitution protects free expression,” writes Julia Halloran McLaughlin of Florida Coastal School of Law in an unpublished paper about the topic.

“Now that every teen with a cell phone is a potential creator and disseminator of nude photos, where is the line between legal expression and illegal predation?” she asks. McLaughlin proposes that “the act of teen sexting should be narrowly defined and appropriately redressed through the juvenile justice system.”

Prior to teen sexting laws, typically only the person who sent lewd messages could be prosecuted. While such sanctions still exist, writes Derek Byrd of The Byrd Law Firm in Sarasota, Fla., in a recent blog post, the recipients of such messages now face criminal liability as well.

Under Florida’s 2011 sexting statute, for instance, “[m]inors who receive a sext will not be considered guilty of an offense if they can demonstrate that they did not request the material, reported it as soon as possible to a parent, guardian or school official and did not send the material to anyone else,” Byrd points out.

“At first glance, it appears inherently unfair that simply possessing an inappropriate sext that has been sent to you unsolicited is treated as an offense,” he notes. “However, when you consider the viral effect of electronic communications, it makes sense that the legislation aims to halt possession of and further sending of offensive material by making it unlawful.”