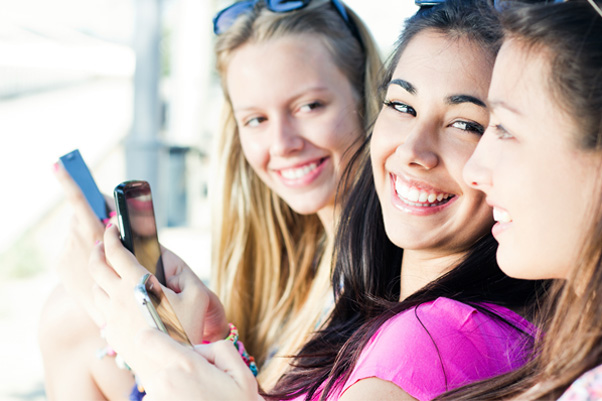 Technology today is reaching a critical mass stage where new products and ways of sharing are found and implemented at lightning speeds. There was a time when telling your child that they were not allowed to watch TV or have friends over was a huge punishment. In this modern age, there is a whole bucket list of things that are necessary to control.

Television, iPods, cell phones, video games, Internet…the list is staggering. Our children can reach out to others in more ways than you can think possible. As a parent, the number one issue surrounding all this is trying to understand the gravity of technology’s impact on pysical and mental health. Open any newspaper or magazine and you will find articles that both praise modern technology and also condemn it. So what is the real story here?

On a positive note, technology opens the entire world to your teens. There is almost no question that he or she cannot find an answer to on the Internet. Certainly, there is no harm in gaining knowledge. After all, the more knowledge one possesses, the further one goes in life.

However, how much time is the teen taking in finding all this knowledge? Studies show that using media devices at any time during the day stimulates cortisol, the "stress" hormone, and limits production of melatonin, the "sleep" hormone. Experts recommend that no one uses screens within two hours of bedtime. Depending on posture and positioning, technology can also contribute to sore back and neck muscles.

In addition to impacting sleep and muscle health, many researchers have made a link between technology prevalence and obesity rates. The Milken Institute found a connection between the adoption of technology and the rise in obesity rates in 27 countries over 11 years. A 2004 study found that for each hour spent watching TV or playing video games, a child's obesity risk doubles.

In social and mental areas of health, plenty of doctors have conducted studies. In an earlier article, we discussed technology's impact on teens' self-esteem. Throughout recent years there have been a plethora of theories surrounding this subject. A 2013 study found that viewing one's own Facebook profile briefly boosts self-esteem. Another study found that larger amounts of time spent on social media lowers girls' self-esteem and body images. Collectively, most researchers attest that the way teens and kids use tech and social media can affect self-esteem.

Many ponder whether or not technology and social media use isolates their teens or further connects them with past and present friend groups. Although most research indicates that Americans are less social than they were 30 years ago, recent studies have suggested that this is not necessarily due to technology use.

In fact, a few studies have concluded that technology has improved social relations. A 2009 PEW Internet Survey found that owning a cell phone & participating in a variety of Internet activities likely makes people cultivate more diverse social networks. PEW's Amanda Lenhart found that kids who text most often are most likely to spend time with friends in person. Additionally, an Oxford Internet Institute study that examined 200 teens over the span of three years found that subjects gained new communication skills through tech use.

Ultimately, technology has great potential to either harm or augment mental and physical health in teens. There is a vast health difference between a teen who plays a solitary game that doesn't encourage mental stimulation and a teen who challenges his friends to a Wii Fit game or briefly plays a word-puzzle app. There are a myriad of positive apps and hames available for teens that promote good health. When it comes to technology, both quality and quantity matter.

As parents, we want to protect our children and at times, it takes a strong hand. Firm decisions must be made and adhered to. In the digital world, we are immigrants. Our children were born into it and know it much better than we do.

The first step is to learn about social media and technology as much as you can. Don’t look at technology use as their “right”. Set limits to their time, get all their passwords, track their digital actions, keep all media devices out of their bedrooms and take the time to know what they’re doing. Watch videos, monitor conversations, look at friends lists and so on. As always, the child’s first line of defense in technology’s impact on health is you, the parent.