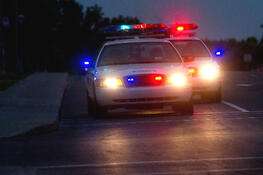 Recently, the state of Florida is moving to extend and add some teeth to its anti-cyberbullying law. The new legislation is inspired by the suicide of a 12-year-old girl Rebecca Ann Sedwick after having been alleged to have been cyberbullies by two other girls, who remain unidentified because they are minors, in the town of Lakeland. The Florida state Senate Appropriations Subcommittee on Criminal and Civil Justice has advanced the bill.

The legislation would also mandate that Florida schools police cyberbullying much as they already do physical bullying. While some have suggested that this provision may open up schools to civil liability on free speech grounds, the bill’s supporters maintain that its language is aligned with that of Florida’s stalking statute which has already been upheld by the courts.

Part of the reason the Florida cyberbullying bill is moving through the state legislature is that the two girls who sent numerous harassing and cruel messages to Sedwick’s mobile device were not prosecuted, even though they were arrested for stalking and harassment. Sedwick’s mother is currently pursuing a civil action against the two girls for wrongful death.

Unfortunately, Rebecca is not the only tween who has commited suicide following cyberbullying. Cyberbullying can have a range of negative short-term and long-term effects on a person. Anti-cyberbullying laws are a step in the right direction, but parents have the ability to prevent cyberbullying from the beginning. Maintain awareness about what is happening in your child's life in order to protect them from cyberbullying and other online dangers.