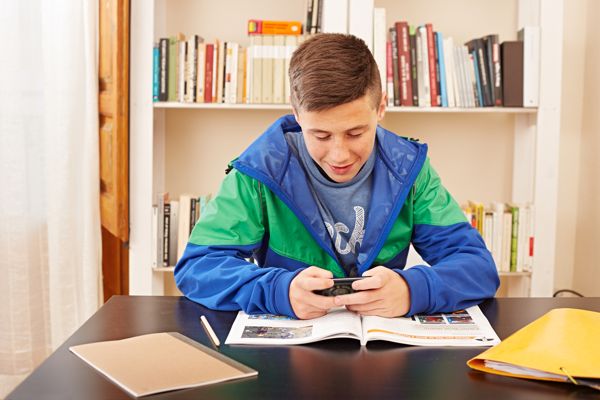 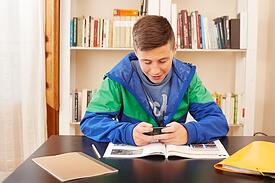 Oversharing online - the act of posting sensitive personal information - is one of the leading dangers affecting teenagers. In fact, independent studies have suggested that most teenagers are oversharing online. How bad is it for your teenager?

As noted in the McAfee Teens and Screens study, 52% of teens have gotten into a fight because of things they either shared themselves or saw someone else share. And if you don't think your teens are seeing things, think again - 87% of teens have at least witnessed some form of cyberbullying. Here are some other facts to consider:

These are only some of the many facts that Mcafee's study uncovered. We highly encourage reading both that article and this supplemental page to learn more about what's going on in your child's online life.

What Are Your Teens Sharing?

If your teens are posting any information online, then they're probably telling others more than they expect. Here are the things they're most likely to be oversharing online:

How Dangerous Is Sharing This Information?

In short: Extremely. Most teens (and parents) think about the intended recipients of information when it's shared over social media. This could mean a circle of friends, a church group, or everyone in the family - but unless teens are being very careful, then they're telling this information to many other people as well.

As we mentioned above, 39% of teens haven't bothered to adjust their privacy settings. This usually means that anyone watching their profile can see what they're doing and record that information for later use. Over time, other people can use this information to build a picture of your teen's behavior and even start to predict their movements. If your teen geotags a place that made them feel better when they're depressed, then a stalker knows where to look the next time their status update says they're unhappy. If your child posts their phone number, someone could use that to track them down and accost them.

Despite this, only one in four teens are worried about their privacy being compromised. They do not understand the long-term risks of the information they're sharing, and we cannot over-emphasize how big of a problem this is.

According to the Teens and Screens survey, 45% of all teens will change their behavior if they know you are watching. That's a major reason why so many of them flock to social media they don't think you're on - they want to get away from you.

Unfortunately, while 90% think you trust them, their behavior shows that they don't deserve that trust. uKnowKids can help you with our parental monitoring tool, which will let you see their social posts and know what kind of information they're sharing with the rest of the world. They may not like it, but they need your help to stay safe.