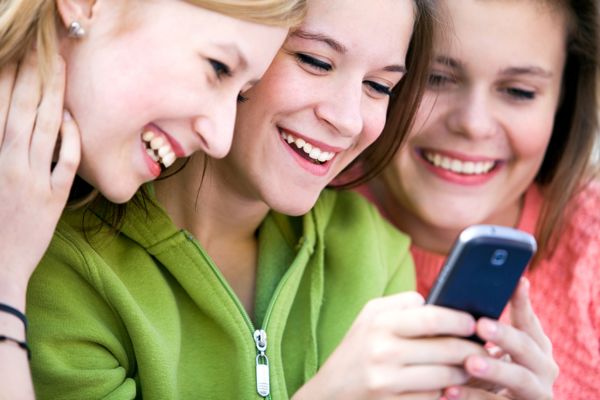 When parents think about social media in the hands of their teens and tweens, it is easy to automatically jump to the negative. While there are some negative aspects of social media, there are plenty of very positive aspects about it as well. Recent research suggests that social media, when used appropriately and responsibly by tweens and teens, may actually be incredibly positive.

Teens and tweens often suffer from self-esteem issues and lack confidence at some point in their adolescence. In many ways, this is a normal part of growing up. Most people, at some point, question whether or not they are attractive and feel awkward or uncomfortable in their constantly changing bodies. However, according to a recent study, about one in five teens believe that social media has increased their self-confidence. Only 4% of teens report that they feel social media activities have a negative effect on their self-confidence.

If you haven't taken a look at your child's Instagram feed, now is a great time to do so. Many teens and tweens enjoy posting innocent selfies to share with the world. While you might feel squeamish about your child putting his or face out there on the web, you may notice that a lot of the comments are positive.

Kids on this social media network seem to rally around each other, dulling out compliments. This can help to increase a teen's confidence and help them feel like they belong to a large group, which is also a self-esteem booster.

While, as a parent, you may assume that your child's social media activities hardly count as truly social, that simply isn't the case. Most teens report that social media actually helps them engage with their friends better and connect more often. This is especially true for teens who have moved or those who have a group of friends spread across a large area.

Facebook conversations, for example, allow teens and tweens to group their friends together and have a group chat session, whether they live down the street or across the ocean. Teens commonly report that they feel more connected with their friends when they can chat with them via social media.

Teens have grown up with social media buzzing around them. They are the first generation who likely do not remember a time before Facebook, Twitter and other social media applications. Because of the "instant" nature of the world they've grown up in, they expect instant action. While some parents may consider this a side effect of growing up in a connected world, it can actually be a good thing.

A recent study found that social media activities can help tweens and teens spring into action and become involved in important causes. Teens are developing a sense of right and wrong and social media gives them an outlet to express those feelings, and, perhaps, take important steps to right the wrongs they see in the world. Countless teens have launched social media campaigns to better the world they live in, whether it is starting a food drive in their community or speaking out against the injustices they see in their everyday lives.

Social Media Activities Give Teens the Information They Need

Perhaps most importantly, social media activities can help teens find the information they need to make informed decisions about their lives. Teens can now connect with colleges they are interested in, talk to other teens who are attending or plan on attending the school, and they can get all of the information they need about events and activities via social media feeds.

Ultimately, it is unfair to pigeonhole social media into being something that is "bad" or "good" for any age group. Social media can have many benefits and can also have many pitfalls, but it is clear that these effects stem from the way it is used.

While there is no way to replace actually experiencing something, many teens argue that their social media activities help them ready themselves for experiences by providing them with more than one perspective and a better understanding of what they may encounter. After all, knowledge is power. Overall, social media can be a great research tool and can allow teens to develop a sense of independence in making decisions without parental help. Ensure that your teens and tweens are using social media as an outlet for personal growth by keeping tabs on their digital activities through uKnowKids.